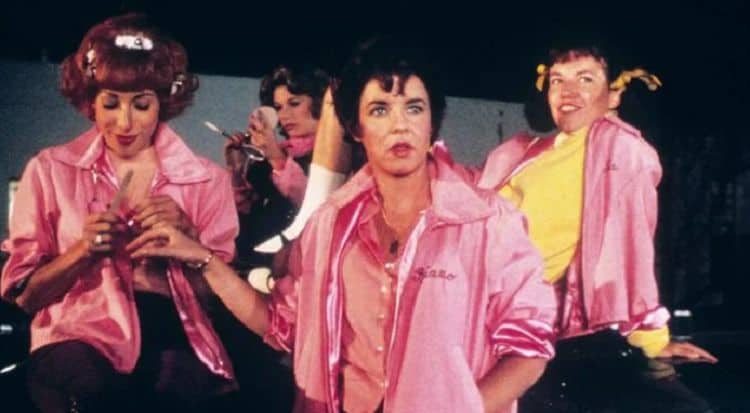 One of the many trends that’s popular today, or so it appears, is to look back and see what else can be done with properties that were already popular in their time and have continued to be revered in the current era. Rise of the Pink Ladies appears set to continue that trend as it will take place several years before the original movie, Grease, that introduced us to Rizzo, Frenchy, Marty, and Jan. Watching the four young women come into their own place in Rydell high school will no doubt be interesting since it’s very likely that there will be a few hurdles to get over when creating their own small group, but given what people already know about the movie, it’s bound to be fun to watch. Hopefully this time though those in charge can find actors who could actually pass for high school kids, since otherwise, one might wonder whether the intent of the series is to be just as hard to buy as the movie was when it came to the characters. Seriously, some of the ‘students’ looked like they’d been held back a few years.

It sounds as though there are other projects coming forward that have to do with the story of Grease as well, which means that the story is still one of the more popular works that people are willing to go back to again and again in order to see just how far they can push things. Hopefully what will be seen is that the main story and the characters will be the focus since it feels that branching out could cause a lot of people to lose interest in the story altogether. Of course, thinking that people will lose interest in Grease or any other musical that’s been around for so long is hard to imagine. Something about this story and many others has made it highly attractive for decades, and it would appear that this attraction is going to remain just as strong for the time being.

At the moment it doesn’t sound as though there’s a release date for the series, but it does sound as though a prequel movie might be on the way as well. The story of Grease is obviously one that is meant to be brought up again and again over the years since this isn’t the only time that the idea has come up in the last several decades. A good bet is that this idea will continue to be popular long after every last actor that took place in the original is long gone, and even then it might continue to be a popular idea that people will continue to pull from for decades to come. One has to think that if stories that stem from so many decades ago could remain popular today that it’s very likely that we’ll continue to see them resurface every time someone has the inclination to make it happen. Few people appear to have an issue with this as it’s been seen, as Grease is one of the many stories that many will seek to preserve well into the next few decades at the very least.

Whether the same thing will happen to the sequel is hard to say since Grease 2 didn’t get nearly as much love as the original movie. Something, or many things, about the sequel, just didn’t mesh the same way as the original movie, as the type of movie magic that the first movie possessed didn’t exactly transfer over. It did wonders for Michelle Pfieffer to be fair, but that’s where things pretty much ended when it came to making or breaking people with the second attempt. As for the original movie, people have continued to hold it up as an example of what can be done with a truly inspiring story. The funny thing about this is if that one breaks Grease down one part at a time it’s bound to look a lot less impressive, but when taken as it is in its entirety, the movie works on so many levels that it’s amazing to think of how it came to be the iconic story it is today. Rise of the Pink Ladies has a pretty high bar to meet if the series hopes to become a worthy addition, but there’s a lot of faith in the story at this time.

The beginning of the tale is definitely the focus at this time since trying to improve upon the original doesn’t feel like something that anyone wants to take on just yet. While another popular tale, West Side Story, was recently revealed to be headed to theaters this coming December, any stories having to do with Grease are taking place before the main story. Still, one can’t help but think that we’ll see a full remake one day.