Home
Movies
A Hackers 2 Movie Is Officially Being Talked About 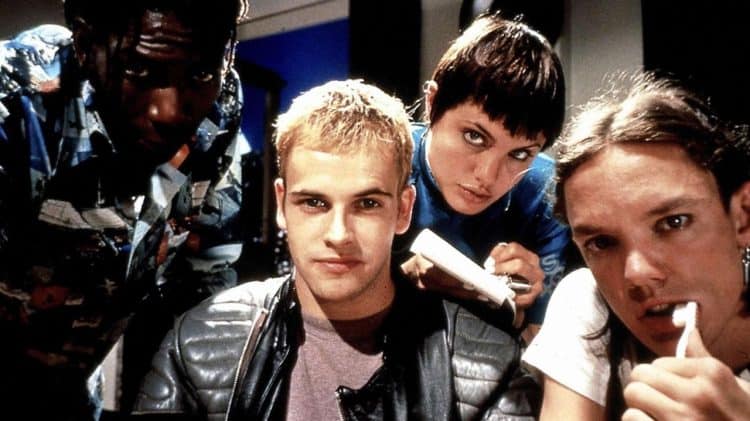 Keep in mind that a Hackers 2 is being talked about, not necessarily pushed forward at this time since there are a lot of questions that need to be answered first, such as should something like this even be considered. To be certain, it would likely require a reboot instead of a sequel since there’s no telling if Johnny Lee Miller, Angelina Jolie, or Matthew Lillard, or the rest of the cast for that matter, would even be interested in picking this up again since it’s been 25 years since the movie became a fan favorite. It wasn’t a successful movie to start with, but it’s gained a cult following over the years and it’s still a movie that plenty of people talk about today since it is a lot of fun, even if this isn’t quite how hacking works all the time. There are plenty of people around the world that know something about hacking that could tell those that are interested that real hacking is actually pretty boring and not even close to being as flashy as the movies and TV make it appear. The goal of course in any production is to make something look sexy and impressive, and Hackers does this in a big way since it had a great cast and a decent premise that made it work for a lot of people. But if you heard a gale of laughter during the movie then it was likely a real-life hacker that was amused by the very idea that hacking is like playing an illegal video game where the prize is whatever information a hacker isn’t supposed to have.

The truth is that hacking is illegal in a lot of ways but it’s not nearly as appealing in appearance as the movies would have us believe. The typical hacker will look at lines of code more often than they’ll find something interesting, and today it’s even riskier since the need to be computer savvy is so great that hackers have to think faster than those that are trying to keep them out and have to be able to find ways to get the information they want that even the experts don’t think of. In other words, being a hacker in the current era is likely to be a lot harder than it ever was back in the 90s, when the technology was still on its way up and could be exploited by anyone that knew their way around computers. Today it’s likely that there are plenty of hackers still out there that know how to avoid being caught, but the challenge is still a lot harder than it used to be. That brings up a good point for a sequel or a reboot, the idea that cybercrimes are being watched a lot closer these days and the ability to move in and out of the internet without being detected isn’t quite as easy.

As far as what it would be about, a lot of ideas come to mind since it’s very possible that another group of hackers might find a diabolical scheme set by someone high up in society that’s planning to do something nasty and hurt a lot of people or steal a lot of money. The difficulty would be finding a cast and getting people to care since like it or not, this movie wasn’t considered all that popular from a mainstream perspective, and there are plenty of people that don’t know about it now. That’s too bad really since it was a fun movie, even if parts of the dialogue could have used touching up here and there. The overall feel of the original movie was kind of manic in a way but also perfect since it didn’t really conform to a lot of the formulas that it could have taken from and it was trying to do its own thing. The only problem there is that it didn’t exactly fit the idea that people wanted and it was a bit too far out there for a lot of folks that were looking for something that might have been a little more convincing.

If a Hackers 2 ever happens, or if it gets rebooted, then it’s very likely that it could meet the same fate unless it manages to snag the original actors for cameos at least, and possibly signs on a couple of well-known actors along with a couple more that are on the rise. There’s nothing to say that it would be a horrible movie or idea, but it would need to be handled in a manner that would allow fans to get to know the characters and understand that it’s either a continuation or a reboot that’s trying to take after the original movie in its own way. It might be an interesting idea.