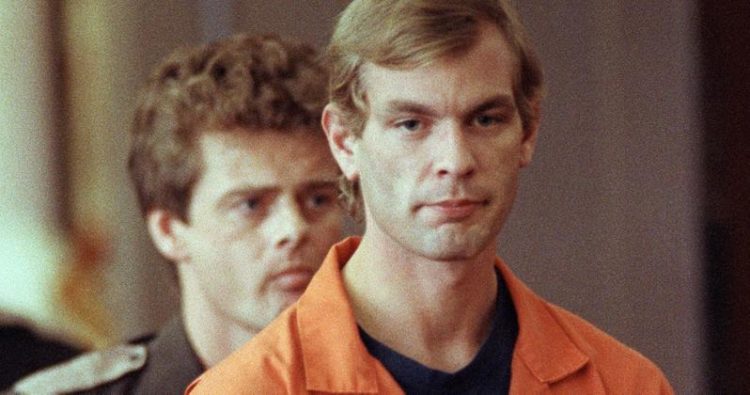 Does anyone else get the idea that there is a point and time when glorifying serial killers by delving into their lives to see what makes them tick and even empathizing with them might not be the best idea? This new and upcoming series from Ryan Murphy doesn’t appear that it will be taking this route at least, but it will apparently be touching upon white privilege as a reason why it took Dahmer so long to be caught by inept law enforcement agents, and it will be told from the perspective of others instead of just Dahmer. If there’s anyone out there that doesn’t remember the notorious killer/cannibal at this point then you’re simply too young to remember or haven’t felt the need to research some of the vilest criminals to ever be caught. Dahmer was one of those that history will no doubt remember in a very meaningful way since the acts he committed weren’t just grotesque and disturbing, they were an affront to the sensibilities of a large majority of people. Necrophilia and cannibalism are two acts that a lot of hardened criminals would never think of, and they’re two of the most well-known crimes that Dahmer was guilty of in his time. When wondering why anyone would continue to extoll such acts by making them public and continuing to tell Dahmer’s story, all one can think of is that it’s entertainment somehow, that people simply want to know as much about Dahmer as they can. If people are thinking that such shows are important though, then maybe it’s time for folks to pick up a book or download a few files if they really feel like learning.

With that being said it’s kind of hard to argue for not allowing this kind of show to be made while so many others are, which means that of course it has the right to be made, but it definitely feels that at some point in time that revisiting the tale over and over is bound to skew things in a manner that might actually make Dahmer into the sympathetic killer that could have been helped if someone had simply done something at some point. Arguing the idea of white privilege is the reason that he wasn’t sent to prison much sooner almost feels laughable, but there was definitely a great deal of fumbling about when it came to Dahmer finally being put away. Obviously, his fellow prisoners didn’t want to fumble about any longer since two years into his prison sentence Dahmer was beaten to death, which ended any possible threat that he might have posed from that point on. People want to talk about rehabilitation, about what might have happened had certain criminals been given a better chance, and what they might have been like had things been different. Unfortunately, many of those that we glorify with TV shows, movies, and the like, had crossed the line a while ago and had no chance of turning back. One has to wonder why anyone would think that Dahmer would ever become a different person. This was someone that lied to the police continually and killed and then ate his victims. Is there really any coming back from that?

Consider this quote “the degree of civilization in a society can be judged by entering its prisons.” by Fyodor Dostoevsky, and then think hard on what it means. In a lot of ways we’re not as just or as civilized as we want to believe, but where Dostoevsky can be argued with on this matter is that he was imprisoned for something far different than Dahmer. Plus, Dostoevsky wasn’t a cannibal that had sex with dead people, so the argument of a just society was definitely debatable in his case, but not so in Dahmer’s, since in a just society, one that is guided by law and order, the chaos that comes from killing and the ghastly disposal of remains as Dahmer performed, is kind of justified by the eventual removal of the said individual since it’s been proven that he had no desire to live by the laws that governed the society he belonged to. The taking of a life is rarely ever called justice, but perhaps it was karmic justice, which is still quite valid in many circles. Real justice feels as though it would be admitting that someone like Dahmer existed and keeping his story as a cautionary tale to others, not a bit of entertainment to be fawned over by those that have an interest in such things. But again, saying that this show doesn’t need to happen isn’t entirely fair, since many upon many shows such as this, that depict a killer and their victims and the number of reasons behind their actions, have already made their mark.