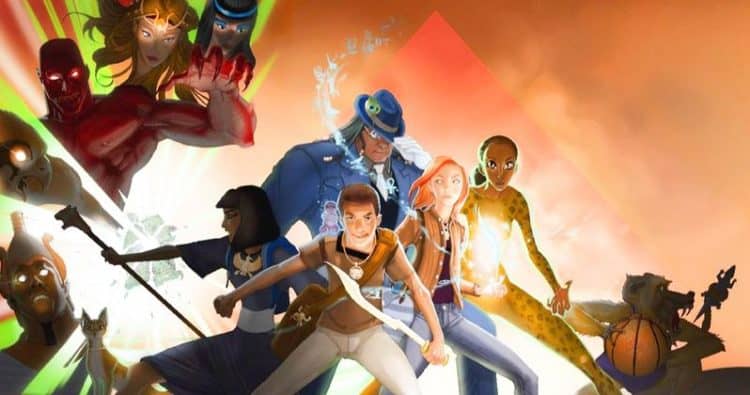 Those that enjoyed the Percy Jackson stories might be able to get behind the Kane Chronicles when they come to Netflix with a series of movies that will follow the written stories of Rick Riordan concerning Carter and Sadie, two indivdiauls that come to learn that they’re descendants of two Egyptian pharoahs from the past. Where Percy Jackson pulled from Greek mythology, however, the Kane Chronicles will do roughly the same with Egyptian mythology, which is quite rich and diverse in the number of stories and content that can be used in various ways. Those that have read the books might know what to expect, while those that have no clue about the stories might want to read up or simply listen and anticipate what’s coming since it already sounds as though it could be exciting enough to entice younger viewers, which of course is Netflix’s plan. The idea of trying to match such sites as Disney+ when it comes to animation though is a bit lofty since the Mouse House has had a firm grip on that market for so long that trying to one-up them might not be the best goal to hold onto at this moment, particularly since they have such a huge headstart. But of course, those at Netflix are ambitious enough to think that it could work, so we’ll wait and see just how they do and whether or not that goal can be accomplished.

There’s a great deal of information when it comes to Egyptian mythology since their gods, their villains, and their various creatures are plentiful enough that teh tales stretch on for some time, at moments turning villains into heroes and vice versa as any set of myths might do, sine the gods are often seen as rather capricious beings within each story that’s been told, and can shift from one mood to another as surely as the wind will blow. That could be why such stories are so appealing really, since not only do the Kane chronicles exist in the same universe as Percy Jackson, but they’ve actually crossed over before, so maybe the viewers will be given a chance to see this happen in the movies that come to Netflix, but like everything, we’ll need to wait and see. Like Percy Jackson, though there is a thought that the story might become a little muddled and possibly force people to lose interest at some point since the myths and legends that people have grown up with and have learned from their elders or from books and various stories haven’t always been represented in ways that have made sense. The reality that a story has to be versatile enough to change and adapt to remain entertaining to fans is very real, but there are some stories that one can’t help but think should be allowed to remain more or less the same.

One very big issue with descendants such as Percy, Carter, and Sadie however is that the story that occurs between the time of myths and the current era need to line up in some way to make everything make sense and therefore satisfy fans that are a little more discerning when it comes to said tales. Another issue, however, and one that really appears to have derailed the Percy Jackson movies, is that Riordan was almost entirely hands-off when it came to the adaptation process. This time around it does sound as though he’ll have more to do with the process and as a result this could end up giving fans a greater adaptation than occurred with the previous Percy Jackson movies. It’s not a guarantee for success, but it’s likely that Riordan’s vision will be followed closer and without as much deviation. One thing that some folks might worry over would be the accuracy of Egyptian myths and legends that are being included, but considering that it’s a fictional tale born from fictional tales, there’s a lot of wiggle room in there to simply allow fiction to spread out and do what it will. There will likely be those that will say ‘the original story didn’t go like this’, but doing this for fiction is enough to earn an eye roll as the story continues ahead and those that don’t worry too much about the source simply enjoy the tale that’s being told.

Any tale that speaks of ancient mythology and legends tends to attract a crowd of people since the subject is fantastical enough that it’s simply fun to watch, and in some ways can explain the culture that sprang from such stories. The Kane Chronicles might be another fine addition to Netflix, as the streaming service has been in hot water lately following a certain movie that many people haven’t been too happy about, and has been dropping various shows in a move that’s already causing an uproar.