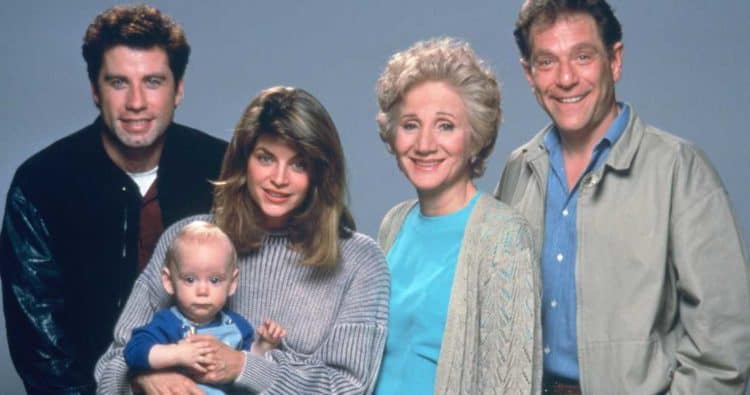 If you’re rolling your eyes and shaking your head don’t worry, you’re not the only one. The idea of the Look Who’s Talking reboot is that it’s supposed to take something we enjoyed or something that might have needed a little more perspective and make it better, but so far the hit and miss record of such movies is nothing to be that proud of. Look Who’s Talking was a massive hit back in its day as Ryan Scott of MovieWeb reminds us, but the two sequels that came after were far less entertaining and didn’t really have the same punch that the original movie did. This is what happens unfortunately when an idea becomes a big hit and the producers and directors seem to think that they can keep on pushing the idea again and again. One would think that by now they would get the idea that remaking something over and over is kind of like making refried beans, some people are going to like them, some are going to tolerate them, and others are going to wonder why in the world anyone went to all the trouble of making them.

At this point I get it, making new movies is challenging and it’s not exactly cost effective since there’s no proven market to draw from and the possibility of making money on a movie like this is deduced from the fact that it made money the first time. The idea that the same magic can be found and cashed in on again though is madness since quite honestly trapping lightning in a bottle a second time with the same effect is a rarity in show business no matter how many people are willing to give it a chance. Mike Fleming Jr. from Deadline has made us aware that at this time things are progressing slowly as it’s only in the writing stage as of now. While I don’t normally wish a movie to be stifled or an idea to be quelled this one might be better off on the back burner for a while until memory of the original movie is all but gone and the current generations can at least think that it’s something new and innovative without having those of us that know tell them, ‘nope, sorry, seen it before’. When you think about it there are a lot of movies out there that we can say that to and a lot of ideas that have died either right after the opening credits or before the title screen has even rolled up simply because we know what’s coming, can predict it, and are tired of the movie before it’s even a quarter of the way through.

Right now it would seem that the cast might be kind of limited to a couple of the original actors since John Travolta and Kirstie Alley would be the obvious big names to bring back while a few others might at least be up for consideration. But bringing it back in the first place doesn’t seem like it’s going to be the best idea ever unless they can find a way to pay homage to the first one and find a different way to update it and make it into something that can please more than one generation. One thing about movies like this is that it’s quite obvious you won’t please everyone, that’s just a given that most movies can’t get away from. But trying to gain the respect of the current and future generations while trying to alienate those that watched the original is probably a bad idea. Some folks might actually be for this movie and that’s all well and good since every person has their own individual tastes. But given that the two sequels that followed the original movie didn’t fare so well it doesn’t seem that a reboot would be much better.

Look Who’s Talking was a revolutionary idea for a movie back in its day since it gave us an inside look at what at least a couple of babies were thinking throughout movie and they used some very famous voices to create this effect. But the moment that they decided upon a sequel it became a cash grab to see if they could repeat that original success. Somehow the producer even thought it would be a great idea to make another movie to perhaps cover up the loss and prove that the formula still worked. When that flopped however things were simply dropped and the movies went away for a while. But bringing it back, trying to do something great with it again, and in the process attempting to remake or repeat history in a way is becoming tiresome since all too often reboots really don’t work out and they tend to cause a lot of people to continually lose faith in the movie industry.