Home
TV News
A Mad Men Revival Has to Be in The Works, Right? 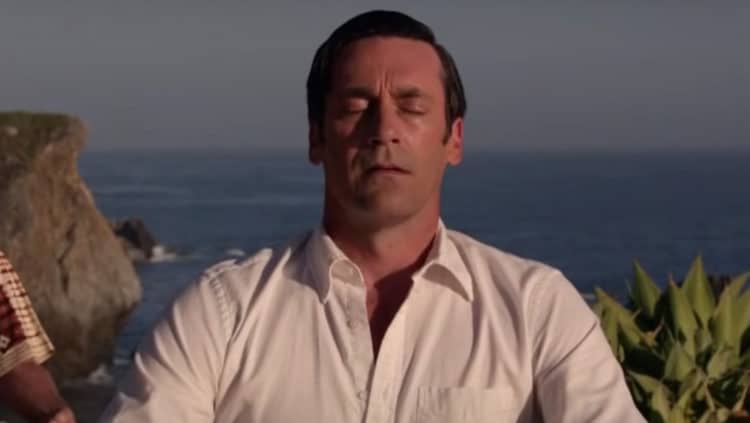 Letting go of an idea is insanely hard for a lot of people these days, but branching off to explore a new perspective might actually be the way to go with some stories. The only impediment there, well, one of the biggest issues anyway, is that people would need to care about that other perspective in order to make any idea get off the ground. This is why a Mad Men revival would be kind of an iffy proposition since there are plenty of characters that could be used to create a spinoff of some sort, but the question would be whether people would really want to see their story and if they would care. Some folks fail to take into account the idea that some characters are only popular because of other, more popular characters that help the narrative of the story to move forward and drag everyone else with them. It’s already been established by Mad Men alum Jon Hamm that he things the character of Don Draper should be allowed to rest and not be brought back, but one has to think of what this means for the rest of the cast since Draper was one of the primary reasons that people watched the show in the first place. Trying to create a movie or a spinoff might be kind of difficult given that Hamm wants to move on from the character and not worry over bringing him back in any way.

But it does feel a though if an offer is made he might at least consider it, which would be enough to elicit a serious eye roll since one can only hope that some roles would finally be retired and not bothered with any longer. But this is Hollywood, where every drop of talent and every cent will be squeezed from an idea so long as it’s believed that something can come from it. This is why some shows and movies continue onward for far too long and end up becoming washed-out versions of themselves by the time they’re finally laid to rest. In some cases reinventing a show or a movie might work, and changing the perspective might be a good idea to get people interested. Lords of Dogtown is doing that same thing over at IMDb TV at some point, but one has to wonder if anyone is going to pay attention and if they’re going to think that this is a genuinely good idea or if it’s just Hollywood spinning its wheels a little more as they try to figure out what to do and in which direction they need to turn.

It’s possible that a new direction for this show could work, at least in movie form, but the fans of the show are bound to be those that will be among the first to speak their mind when it comes to just who might be selected to lead a new story that might be brought forward. It’s easy to admit that the fans should be allowed to have at least some input if only because they’re the ones that keep the show going and give the showrunners a reason to keep pushing ideas. While those creating the shows are without a doubt among the most important since their ideas are often enjoyed and give rise to popular programs that fans lock on, the fans are still important since without them there’s no reason to unveil these ideas since they won’t end with the audience that the creators want. But would a Mad Men revival get enough attention to make it worth it? Probably. There’s a good chance that enough people would want to see what might happen moving forward, but without Don Draper, it might not be as popular as anyone might be thinking. When the main character is taken out of the mix it’s a bit tough to really get people to pay attention, especially if that character is the reason that people watched in the first place. There are plenty of ideas that have gone by the wayside the moment that the lead actor was cut out or decided that they didn’t want anything more to do with the main idea.

The reality of bringing Mad Men back is that some people are going to groan and wonder why Hollywood can’t keep coming up with new ideas, while others might be a little more patient and decide to see if it’s going to work before really digging in and stating that it’s a waste of time. It could be that someone might have the kind of idea that will spark the imagination of the audience and will keep them satisfied for a while to come, but we’re going to have to wait and see what happens should the project go forward.