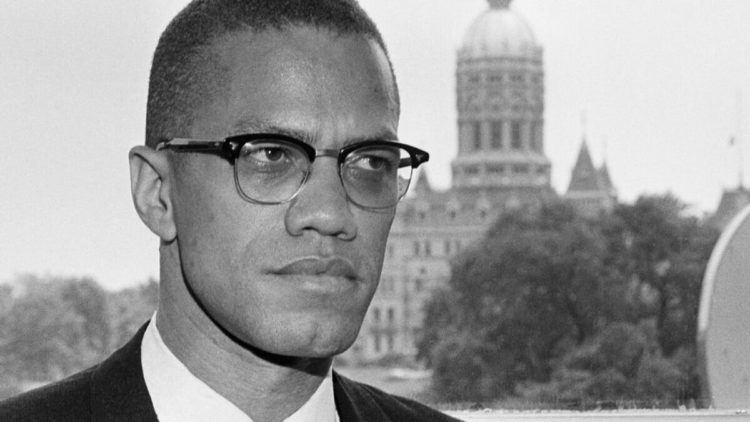 If there’s anyone more qualified to write about someone than a family member then it means that a person didn’t really know that much about their family. In this case though, Ilyasah Shabazz, the daughter of the famous and infamous Malcolm X, is currently in the process of bringing her father’s life back to the small screen in order to remind the world of who Malcolm X was and what he was all about. To this day a lot of people might not know enough about Malcolm to really say much when it comes to the facts of his life, and throughout pop culture, he’s become something of an icon as well as someone that has been vilified at times as well. To say that Malcolm X was a complicated individual is fairly accurate, though it’s also fair to say that he was a man trying to do the best he could for his people and to help open the eyes of as many people as he could. This is the type of history that has been in and out of the school system and thus in out of many of our lives for quite a few years, and while his message has been mishandled and sometimes greatly misinterpreted, what is true is that he was someone that spoke his mind, for better or worse.

One has to remember what happened in the early years of this man’s life to think of why he would think as he did throughout the years. His daughter has no doubt studied her father in great detail and has likely come up with, hopefully, the best and worst qualities that Malcolm displayed throughout his life in order to bring some sense of balance to the man. He wasn’t an evil individual, but he was set in his ways just as much as anyone can be, no matter that he did change after a while. His daughter is obviously one of the best people to tell his story, or help at least, since apart from her, many of those that knew him the best have likely passed away, or might not have any inclination to do so. Everyone has their reasons for doing something or not, but this is a chance to tell his story in a different way than a lot of people might have heard it.

A person can think or say whatever they like about Malcolm X, but the fact is that he was a product of his time and someone that was working hard to find justice in a world where it’s in short supply at times. Whether he was the villain to some or the hero to others doesn’t matter as much as the fact that he was an individual seeking to do what he knew and felt was right. Obviously he stepped on toes and made people angry along the way, that was bound to happen since he was an intelligent and outspoken individual that had plenty to say. Being the villain or the hero usually depends on the perspective of the person telling the story, and there are many who would easily move to either side of the aisle when discussing Malcolm X.

Hopefully this series will go into the facts of his life and not dramatize them quite as much as they’ve already been throughout the years, but we’ll have to wait and see what happens when the series is released. It’s fair to think that a lot of people are going to be interested in seeing just what is about to be revealed about Malcolm X, and a few might be wondering if they’ll see something different than what’s been presented over the years. In this day and age, it’s very easy to think that people will be talking about this series since the current issues that are going on around the nation will surely be brought to mind. If the series is factual and doesn’t deviate as much, it’s very likely that it will become one of the better representations of Malcolm X since the truth is that the movies and TV shows that have depicted him in the past haven’t gotten everything wrong, but they do tend to take a lot of liberties with the past for the sake of a project.

That might happen with this series as well, but again, it’s hopeful that such a thing won’t happen since the life of Malcolm X did have a serious impact on a lot of people throughout the country, and it’s only fair that it be told as it happened, not as people would want to see it happen. Whenever the series does release it’s going to be interesting to see what influence Malcolm’s daughter will bring to the story and if it will change that much.