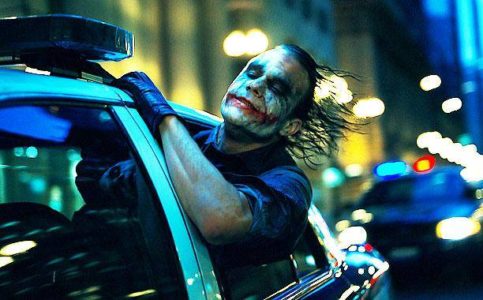 Everyone has their favorite Joker and quite honestly a lot of people are still in love with the idea of Heath Ledger’s representation since out of all of them he presented a character that wasn’t bound up by a lot of societal expectations and seemed more like the force of nature that the Joker was meant to be. This tribute to Ledger’s Joker, that he never got to enjoy as he passed not long after the movie was done shooting, is something that shows just how ingrained within the fabric of society he really was and how deeply he sank into the person that the Joker was concocted to be so long ago. Madness isn’t something that a lot of people want to dip too deeply into since it holds a great number of dangers and stigmas that people don’t want to think about and in some cases can’t bring themselves to think about since it invites a great number of issues that folks just don’t want to own up to. Madness, chaos, insanity, and the desire to break free of societal norms are all facets that the Joker is known for and embodies in a very realistic and purposeful manner in The Dark Knight.

Some might argue that Joaquin Phoenix has touched upon that madness, but given that we’ve seen his origin story it’s less than convincing since he’s a man that’s been abused, neglected, and therefore driven to embrace the life that he leads by the end of the movie. Plus, a lot of speculation has been placed on how much of the story was real since at this point people are wondering if it was all in his head and he gave rise to the lie that he was in fact embraced by a city that had at one time nearly broken him entirely. The madness of the Joker is indeed infectious as it’s been seen on the show Gotham, but it’s also merely one side of life, one part that many embrace and many resist. If the truth is going to be told Batman is a bit chaotic as well no matter that he stands for order and justice. This is a big reason why he and the Joker are such perfect enemies since one will always try to undo the other, and justice will be countered by lawlessness while order will be contested by chaos.

That’s a natural part of our world that too many don’t want to admit to since within nature we see the balance of it continuously. From the weather to the smallest creatures that scurry and forage in the wilds, order and chaos are a part of our everyday lives, and those that embrace one or the other tend to try and fight in some way against the other no matter if they try to accept it or not. The Joker represents madness in a way that is quite interesting in a way since his anarchic lifestyle is something that a lot of people would see as alluring considering that he doesn’t ask for things, he doesn’t beg, plead, or borrow, he simply goes out and gets what he wants when he wants it. It’s not the type of lifestyle that you might want to emulate as a rational and reasonable human being, but the chaos that he serves in his own way is something that represents freedom as well as oppression in a stunning mix of ideals and principles that are used and discarded in a very random way as the Joker sees fit. He’s not the type that’s going to show much if any remorse about one act but might actually restrain himself from committing another simply because it doesn’t suit his purposes at that moment. Is your head spinning yet?

One thing about chaos, and this is where the transcription writer and many have gotten it wrong. It doesn’t say ‘it’s fear’, as in the script it says ‘it’s fair’. Think about that for a moment. So many people try to stand against chaos for their own reasons that they claim are just and sound, but chaos is far more fair than order at times. Why? It touches everyone, it doesn’t discriminate. The effects it creates might not be fair, but the essence of chaos itself is entirely fair since it doesn’t bother about who it can affect or why, it simply does. Chaos is a horrible and damning force in anyone’s experience, but it’s more fair than order since it doesn’t conform, it doesn’t go along with well-laid plans, and it certainly doesn’t care about who it affects or why. It simply does these things and it continues onward to do them to others. That’s a big part of why the Joker is so effective as a character, he’s basically chaos given form.