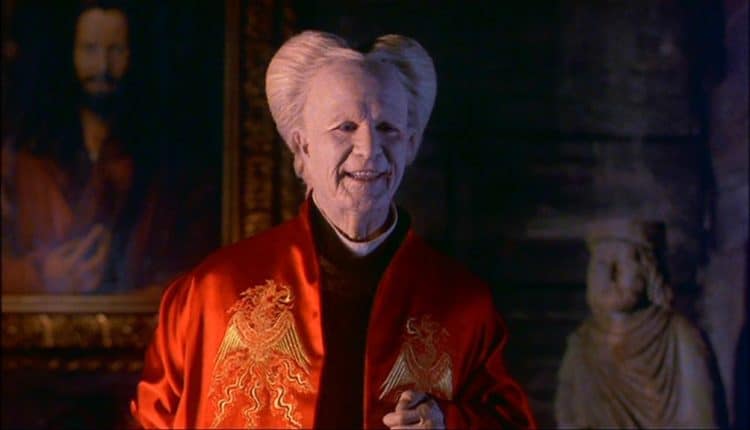 It’s kind of hopeful that other folks will step up and ask why in the world Renfield is being developed as a stand-alone property for Universal, since no matter that he was the assistant to Dracula, he’s not one of the typical characters that people tend to think of when talk of the most famous vampire is brought up. To some people, he might be that important, but it simply feels as though there might be too much of a divide when it comes to whether or not he really needs his own movie at this time. The Dark Universe, which never really took off since it would appear that people weren’t too keen on the movies that would have kicked it off, is kind of a failed experiment, but having everything stand alone without any chance of linking them up sounds like it could be more successful, but too isolated since back in the days of Bela Lugosi, Lon Chaney, and Lon Chaney Jr., there was plenty of reason to think that the monsters could mix it up at times. But then, trying to create different universes after the MCU saw such success felt like too much of a copycat move, to begin with, as the DCEU started up, the Monsterverse was created, and people started thinking that the movies might be segmented into their different universes in a neat, compartmentalized fashion that some liked and others couldn’t stand. It’s unknown as to whether the DCEU is ever going to be get up and running again, or if the Monsterverse will really take off as some people want it to, but the Dark Universe might be an idea that will stay on the shelf for a while until someone can make it work.

Renfield doesn’t sound like the movie that will make that happen though. Despite being a part of the original novel it’s fair to say that he hasn’t been a truly inspiring or even interesting character when speaking to many that have any knowledge of him. Those that haven’t read the book or don’t have any knowledge of Renfield might even claim that he’s not really that big of a deal and shouldn’t be given this chance. But for whatever reason, those at Universal think that it makes sense to bring him forth and create a character that will lead his own movie and possibly revive the whole idea for monster movies. Movies such as The Mummy with Tom Cruise and Dracula Untold with Luke Evans were less than effective at getting people on board for the Dark Universe, but somehow it feels as though they weren’t really given a fair shake, especially since both of them were either set in or eventually found themselves in modern times. Surely there are enough big thinkers in the writing room at Universal Studios that might be able to tie the monsters together in a loose but effective fashion and think of how to bring these stories together to make sense? Sometimes it feels as though giving up on an idea that the fans don’t flock to is the default setting these days since both movies might not have won over critics or even the audience, but they had a lot of great material to work with that was simply forgotten in favor of an Invisible Man movie that people rave about that changed the essence of the story in such a manner as to create more of a science fiction movie than horror. At the very least, Hollow Man stuck with the actual invisibility factor instead of getting overly technological.

Getting back to the point, giving Renfield his own movie feels akin to giving Igor his own movie, or any other assistant to any other monstrous character, it doesn’t feel like something that’s destined to do much but be praised by critics that lose a little more of their credibility with every movie they claim is great but is, in effect, playing up to one aspect of cinema while ignoring others. Seriously, Renfield might have been mentioned more in the book, but focusing an entire movie around the man feels like something that could end up becoming a rather poor decision unless it leads to something in contemporary times that will not only make sense but will also herald something else that could be coming, something that will make sitting through Renfield worth it simply because it will serve as a prologue, a prequel of sorts, that will get people ready for what’s to come. But if it’s simply to develop Renfield and show how his life came to be what it was, then the general feeling is that the movie might have needed to be held onto for a while longer and made into a TV series rather than a feature film. If I’m shown to be wrong it would be nice, but it doesn’t feel as though this will happen.