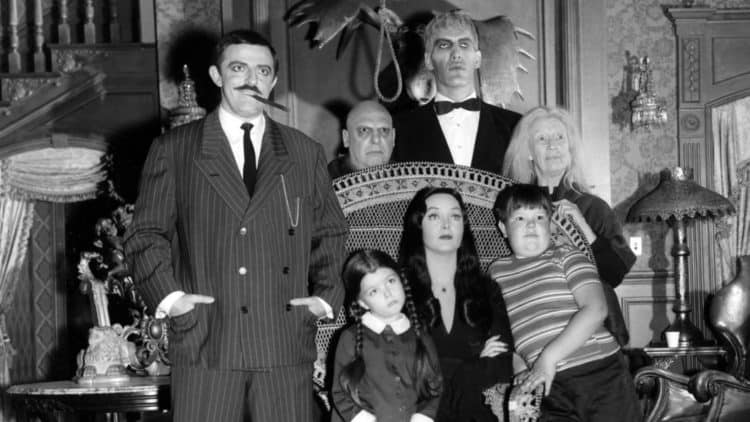 This would be something different, to say the least since a sequel to The Addams Family TV series would be something that hasn’t really been done with a lot of success since the show first came out in the 60s. The movies have been interesting, to say the least, though personally, I’ll always have a soft spot for the Raul Julia and Anjelica Huston-led movies despite the fact that the sequel, Addams Family Values, was kind of ‘meh’. Perhaps it was simply because taking Fester out of his comfort zone didn’t feel like the best idea since the Addams’ were meant to be a weird family, and anything other than this is kind of less than effective. But a sequel featuring Wednesday as a grown woman would be kind of interesting since it would be intriguing to see how the Addams’ would deal with the current era and what they might think of how things have turned out at this time. It’s very easy to wonder as to whether or not the family would embrace the technology that has grown in leaps and bounds since their time or if they would remain a little dated and backward in their ways. Just the thought of the Addams family being integrated into the current era is kind of intriguing since it wouldn’t be a huge clash, and might actually update them in a way that would be kind of nice. Imagine the idea of the Addams trying to get into the current horror movies of the day and rooting for the monsters, that would be hilarious.

Hopefully, since it’s Tim Burton bringing this to mind, we’ll get to see his gothic and disturbing style, but with the continued hilarity of the family, since despite the slightly disturbing qualities they tend to display, the Addams’ are still insanely funny and have been for quite a while. Losing that would be a bad idea, but knowing how Burton works it feels safe to state that he’d likely leave this quality in, especially since it’s a big draw for the family and one that has helped to define them over time. But as far as the cast goes it’s hard to say just who would exemplify each character since between the live-action movies and the recent animated movie it’s fair to say that those that have been selected have been quite adept with their parts. Raul Julia was definitely one of the absolute best talents to select for the movies, while John Astin was definitely good in his day as well. Oscar Isaac has definitely turned in a good performance as the voice of the animated Gomez, and between Anjelica Huston, Carolyn Jones, and Charlize Theron, it’s kind of hard to pick out a favorite, but I’m still going with Huston as the best to have done it, though the others were spectacular in the role as well. Finding talented actors that could stick around and perform each role one episode after another though would be a different matter since both the live-action movies and the animated movie had impressive casts.

When taking into consideration how a grown-up Wednesday would react to the current world one would need to think about the rest of the family as well since it’s fair to think that Pugsley would have some input, as would the elder Addams’. It’s also interesting to think just what kind of story would be told since a lot of times the focus was on the entire family as much as it could be, but it does sound as though Burton might want to shift the focus to Wednesday, which would make sense considering that the animated movie focused heavily on the kids’ issues as well. But again, trying to get the right cast and trying to keep it as funny as possible could be a bit of a challenge, but if things were kept comical and yet just dramatic enough to respect the source material it would work without a doubt. It’s simply a matter of finding cast members that would embody the characters in a way that would allow them to really stand out as the previous attempts have shown. Plus, one has to remember that the oddity of the Addams’ is a big part of what makes them so hilarious and so much fun as well since they thrive on things that might otherwise make a lot of people fall into a deep depression, so the world of 2020 might be like a wonderland to them, bizarre as it would sound. Watching the Addams’ navigate this current year would likely give us another reason to laugh since they would no doubt see it as something like a year-long vacation, though if politics were brought into it at all, which people should realize is a possibility, it’s very likely that things could get ugly at some point.