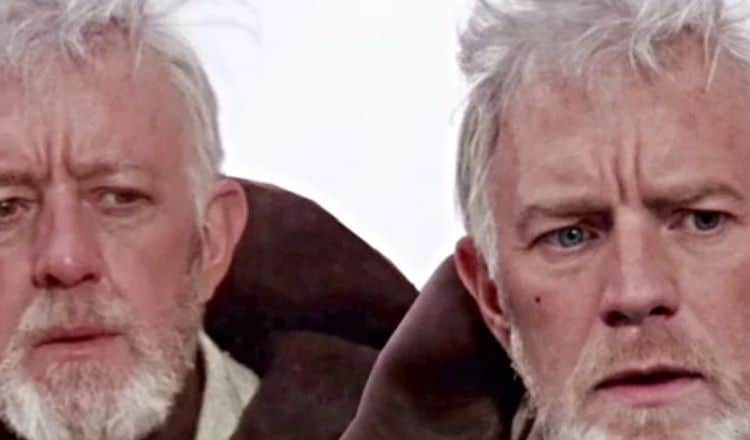 This almost feels disrespectful in a way, but then one has to think about how it might have been seen in the same way for the other Deepfake videos, and then it becomes easier to let it go just a bit. Some Star Wars fans might agree at least that leaving Alec Guinness’ parts alone when it comes to the role of Obi-Wan Kenobi would be best, but Deepfake is obviously going to try whatever looks interesting and worthwhile. This time around though things looked a little rougher than usual since Obi-Wan’s mouth wasn’t moving the way it needed to really, thereby destroying the illusion just a bit. Maybe there wasn’t enough time to iron out every issue or maybe there was some difficulty that wasn’t accounted for, but whatever it was the effect wasn’t quite as great as it’s been in the recent past. In a way it does kind of show us how Ewan McGregor might be able to transition from the slightly younger version of Obi-Wan to the old man we hope he’ll be when his series, if it ever gets here, should conclude with. The hope for the series to come out is still evident with a lot of fans, but thanks to the COVID-19 virus running rampant at the moment everything is shut down, well, close to it, and Hollywood is as close to a standstill as it’s been in a long time. When things do get started back up it’s going to be interesting but also frustrating no doubt to see what projects are given priority and which ones will begin in earnest since Disney, among the many studios that are affected by the shutdown, will be scrambling to make up as much ground as possible in order to start making more money than they’ve been losing recently.

Looking towards the Obi-Wan series it’s a big hope that we’ll see at least something of the tales that some of us have read in the books and seen on the Rebels series since it would be great to know that there is more continuity among the many tales at this point. With the buying up of Lucasfilm, Disney did away with a lot of stories that were considered to be non-canon in the first place but, in the opinions of many, were actually far better than the current trilogy that’s available for purchase. Pointless as that argument is there’s still plenty of people that are willing to have it. The purchase by Disney left a lot of people uneasy about the future of Star Wars, and while each movie in the most recent trilogy has its ups and downs, it’s hard to say if either Abrams or Johnson would have been able to adapt any of the stories that exist as fan favorites in the Expanded Universe.

Those that have never read or even explored any part of the Expanded Universe would undoubtedly question its veracity, especially when George Lucas said that it didn’t follow what he was thinking about. But the funny thing is that Disney has cherry-picked enough ideas from the EU that it’s been easy for a lot of fans to notice, though many will gladly let it pass since it means seeing something that can vindicate their rabid fanboy fantasies. Marshall Honorof from Tom’s Guide has more to say on this matter. Like it or not, the cloning aspect that we saw in Rise of Skywalker is an EU idea that was pushed through in the comics and in the novels, as the Dark Empire arc went into the idea quite a bit. There are various characters that we’ve never had the chance to see and would like to since they brought so much to the story, and would actually expand the universe in a much bigger way and shine a light on the Jedi and the Sith and everyone that has had dealings with them. But alas, here we are with what we’ve been given and we have to make do. It’s not the worst it could be and we’ve been able to see some decent to great choreography with the way that Star Wars stands now, but the story is definitely a little disjointed here and there and it’s a hope that Obi-Wan’s tale might pick up in a big way and show us that he did more than just become a hermit during his days on Tatooine. He couldn’t have done too much obviously or he would have been noticed and therefore flushed out. But he wasn’t completely idle.

Showing the rest of the galaxy from time to time would be a good idea within the series if only to make certain that people understand what was going on during this time. Despite thinking he was one of the last Jedi alive after the Purge, Vader and Palpatine were still busily hunting down those of the order, so hopefully that would make it in at some point.