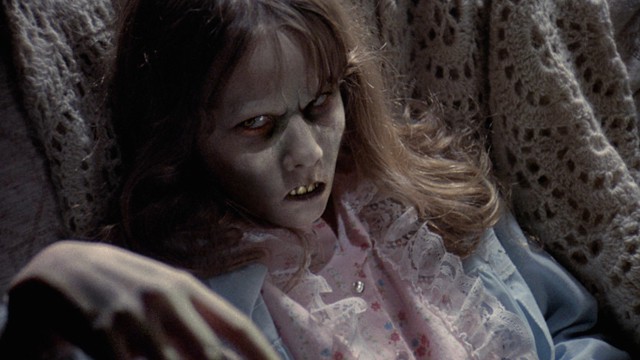 There are a few notorious titles in the history of cinematic horror and The Exorcist has been one since long before a good number of those we know and love now arrived. To hear that a new sequel is coming is enough to make a lot of older fans go ‘ehh’ as they try to debate the ups and downs of the idea despite not having a decision on whether it happens or not. It does sound as though the project is going ahead and isn’t stopping for anything thus far, as the story, according to David James of We Got This Covered, is apparently going to be more of the same, but with Linda Blair now a grandmother that’s forced to watch her granddaughter be possessed by a demon, possibly the same one that possessed her so long ago, perhaps back for revenge. That sounds like an interesting idea so long as things change a bit and update just enough to keep it interesting. When it comes to a movie like this, a story like this in fact, there are a lot of ways to keep it interesting, but deciding upon the course that is the best for the fans and for the continuation of the idea has been problematic in the past. So far there have been a couple of sequels that didn’t really do the first movie justice and a prequel that was definitely gory and disturbing but left a lot of people in the dark somehow. Let’s not even get into the TV show at the moment, since some might argue for it and others might want to offer a detailed list of why it just didn’t work out.

Bringing Linda Blair back would be a must if she’d go along with it since she helped to start the whole thing and continue it along. But keeping her as the focus would likely be a mistake since if anyone remembers Barbara Hershey’s role in Insidious, and it’s very possible that most people still do, she was perfect since she was present and had the opportunity to add to the story, but it wasn’t all about her. You might want to argue that the story was never focused on her to begin with and that’s very true, but in this sequel it would be best if Linda was a part of the story but not THE story. It might be a lot to assume but it does feel as though a lot of fans would love to see her but would be more interested in focusing on the possessed individual and the circumstances that led up to such a dire situation.

Possession movies are without a doubt one of the most popular in the horror industry since the perversion of innocence is something that, morbidly enough, sells quite well. Taking a young child and finding a way to create a movie based on a dark force taking over their body and moving through them in strange, obscene ways is highly profitable no matter how disturbing it sounds since people love to be horrified and they love to be scared. Rachel Ross of Live Science could tell you more about this. Whether it’s the adrenaline boost it grants or the simple pleasure of being entertained and scared out of their mind, horror is and has for a long time been a popular theme that has been used to create stories that can be everything from cautionary tales to wild, outlandish stories of sorcery and demonic possession that threaten a person’s very soul. Think about it this way, some of the very first tales ever told in the history humanity had to do with horror on some scale, as early human beings were likely afraid of just about anything and everything new, as it’s a part of human nature to fear what we don’t know. Throughout the ages the terror has declined slightly as the world has opened itself up in a way to continued discovery and the once mythical aspects of its many wonders have become commonplace. But in the void that was left, horror still remains since the imagination of humanity is still just as strong as ever.

When combined with religion, horror stories take on some of the most compelling stories of all since that fall from grace, the loss of innocence, is something that many people lament in their own ways. The Exorcist is one of the many movies that was fully embraced by many and railed against by others since it is kind of a blasphemous story if one is a devout Christian but it’s also something that’s come from the annals of religion if one wants to be entirely honest with it, since without religion we likely wouldn’t have this kind of material. In any case, bringing forth another sequel might be interesting, provided they stay on course this time around.

Anthony Daniels Explains Every C-3PO Costume in This Video

Whatever Happened to T.K. Carter?