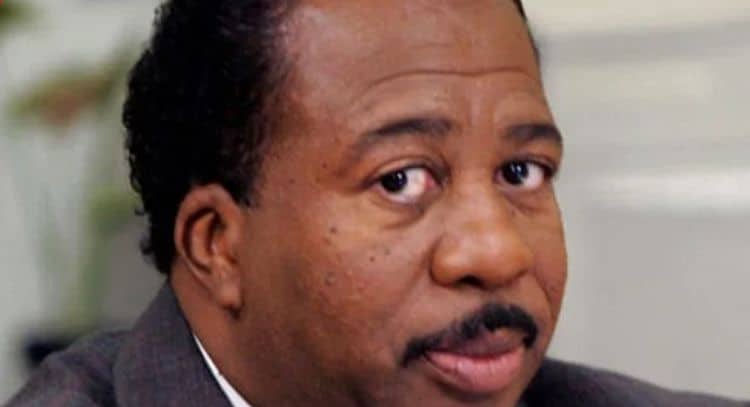 One of the best things about fan theories is the opportunity to see how the minds of so many other people work when it comes to deciding how things might have actually gone if their line of thinking was the guide that directed the course of a story. Among the many stories that fans love to write about, The Office is one of those that draw fan theories like flies at times, and like bees at others, since it kind of depends on the theory as to whether or not it’s really that worthwhile, or if it’s just a pesky theory that won’t go away. But this one about Stanley, among the several, is kind of interesting since it does raise a few questions before it’s debunked in a few ways. As any fan of the show should remember, the episode titled ‘Stress Relief’ starts out with Dwight initiating a fire drill, no doubt expecting the rest of the Dunder Mifflin group to react calmly and responsibly. If you’re rolling your eyes now then you’ve seen the episode and know that ‘calm and responsible’ doesn’t really describe this group.

But where things diverge in the mind of a Reddit user happens when Stanley suffers a heart attack and is incapacitated for a short while before going back to work. Some of us might know those who have had a heart attack in the past, and it’s a rather scary thing to witness. It’s also something that a lot of people don’t just bounce back from, but in true sitcom style, Stanley is back at work not too long after the incident, and this is where the fan draws their theory from. Recall that Stanley had a heart attack at the end of the fire drill that Dwight initiated and that he was back up and working in what feels like record time. Now think about the fact that Stanley might have actually died and that Dunder Mifflin became his own personal hell.

Some people might roll their eyes at this since a lot of things that happened after this episode make it clear that Stanley’s not in hell since there are too many moments of enjoyment that Stanley gets to have during the course of the show. But there are plenty of points during which he’s not allowed to enjoy himself as well. The idea that his coworkers and friends are just demons dressed up as the people he knows is an interesting one that someone might want to write into a story, but in reality, the idea is a little absurd. But running with it anyway is fun since it does explore a direction that, like a lot of theories, tends to dig deeper into the relationships between the Dunder Mifflin group since there is something there given that this group was together for a long enough time, and they were given enough time to grow used to each other, that it would prove interesting to think about this theory a little further. I’ve said it many times now and I’ll continue to say it since it’s important, every story has validity until it doesn’t. That might sound odd, but exploring one idea after another is what makes this job a lot of fun and what makes life interesting when thinking about how different people look at different aspects of a show or anything that has to do with pop culture.

Getting metaphysical with The Office is fun since it brings up a lot of interesting questions and inner motivations that might not be important to some people but still interests many others. Stanley’s own personal hell being Dunder Mifflin is kind of funny since one would think that he likes it there at least a little since it’s a chance for him to do very little and still get paid, and to interact with his coworkers in a way that benefits him and challenges him at the same time. Seriously, who wouldn’t like a workplace like this that keeps them on their toes? Okay, dealing with Dwight might be kind of difficult at times, but other than this it feels as though Dunder Mifflin would only be hell if Stanely didn’t really enjoy his time there.

I have to say props to the Reddit user that came up with this theory if only because it is interesting and likely would merit a story or two that would use the idea. Enough people have poked holes in the theory to make certain that it doesn’t float quite that well, but it’s still fun to think about since it’s the kind of thing that doesn’t get mentioned with a show like The Office all that often. So seriously, this was fun to entertain if even for just a little bit.