Home
Movies
A “Nobody 2” is Already Being Planned Out 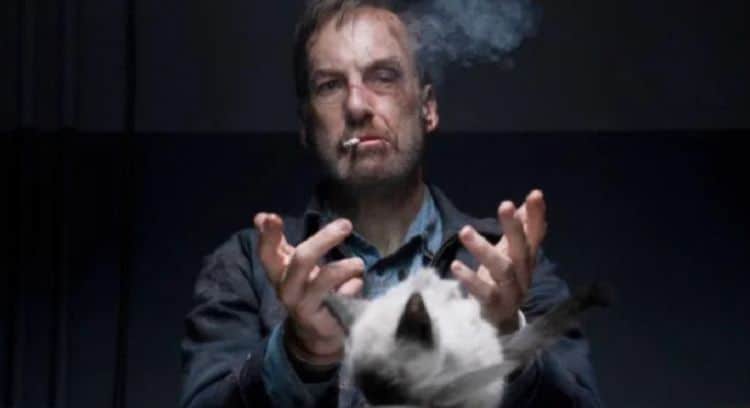 Thinking of Bob Odenkirk as an action hero is something that, years ago, might have sounded like one of the most insane ideas to ever get trotted out to a studio, but the fact is that it works in a way that people didn’t expect since it kind of answers the question of what could happen if an assassin was allowed to retire. Okay, real-life might be able to cover that issue as well, but imagining that the same guy that played Saul on Breaking Bad could play a former CIA assassin wouldn’t have been something that a lot of people might have seen as feasible. The movie Nobody definitely shattered that idea though, since it’s been getting great reviews since it came out and it’s already inspired the first scene of the second movie apparently since the movie did leave things open in a way that would be rude to completely ignore. But thinking that this could be another type of John Wick character as some folks have taken to thinking out loud is enough to elicit a roll of the eyes and a hearty chuckle. Hutch Mansell is definitely a deadly individual and thanks to his need to finally throttle life instead of always taking it on the chin, he’s turned into the type of everyman assassin that’s still a few miles above the average everyman, but is still someone that people feel that they can relate to in a number of ways.

A lot of people know the feeling of being taken for granted, looked down upon, and know what it’s like to be taken advantage of in life, but a lot of folks don’t ever really do anything about it. Nobody is the moment that one guy gets to fight back, and despite the fact that he has a skill set that gives him a huge advantage, it’s nice to see someone that doesn’t appear to be chiseled from stone and isn’t able to be spotted as a killer from a block away taking on this type of action. Jason Statham, Ben Foster, Matt Damon, and many, many others are those that people can look at and simply make an assumption about when it comes to whether or not they’re killers when they’re playing such in the movies. They have that look, that tense appearance that makes it clear that they’re fully aware of their surroundings and are just waiting for the perfect trigger that will set them off, or that they can react to in a way that will be lethal and efficient. Bob Odenkirk doesn’t really have that look since a lot of people will continue to see Saul and think that he’s a slick-talking individual that probably wouldn’t be able to do anything other than offer up a few biting quips and little else.

The first movie should knock that notion out of anyone’s head since Hutch goes to work and makes it clear that once he’s in it, he’s IN IT, and isn’t about to be taken down easily as his training and instincts kick in. As many might agree, it’s still the idea of Bob Odenkirk getting physical that lends a certain sense of humor to this movie that a lot of people might see and even appreciate since it’s not a comedy to be certain but it’s still a movie that might make a lot of people smile since the story is about a guy that’s finally fighting back and showing that he’s had enough, and is taking back the life that has been robbed from him one little bit at a time. Initially, we find out that the guy’s wife is distant, his son can barely stand to look at him, and the only person in his life that really pays him any kind of respect is his daughter, who loves him unconditionally. But when he starts fighting back and things get hectic it’s easy to see that the focus he exhibits is this character at his best, meaning that once the stuff starts to hit the fan he’s bound to become someone that some people might recognize right away. Odenkirk admitted to having a good time on this movie and even stated that he would be up for another one since he enjoyed the training and the overall experience. It’s a definite switch, there’s no doubt of that, but one has to wonder just what might be coming with a second movie since it would appear that things might get pretty hectic from the start if the ending of the movie is any indication.

If you haven’t taken the time to see what the movie Nobody is all about it might be time to go and rent it or find a theater that’s playing the movie to see what you might be missing, and how a second one could already have the stage set and ready to go.