Home
TV News
A Season One Recap of “The Barbarians” 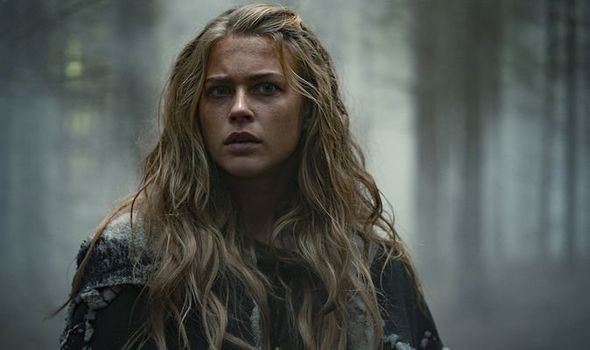 Barbarians has arrived, and for those of you that haven’t binge-watched the first season yet it might be time to stop reading, but for those that have, let’s settle in and think about what we’ve seen at this point. It’s pretty easy to tell the bulk of the story revolves around Thusnelda, Folkwin, and Arminius, as Arminius was the boy taken from his father for a tribute to the Romans and raised among them, only to, later on, return home and give the Germanic tribes a truly rousing victory over the same army he’d lived with, trained with, and been a part of for so long. It’s very easy to paint the Romans as the antagonists in this story since the taking of tributes for their army, the demand for supplies, and the punishments that were doled out when the barbarian tribes, or ‘barbaren’ in their tongue, could not or would not give what was wanted/needed. The story is fairly brutal leading into it since not too far into the tale, Thusnelda’s younger brother, Ansgar, is struck down and damaged beyond repair as he becomes what many would call ‘simple-minded’ after a Roman soldier nearly brains him after he sought to save his sister from being assaulted. This was only one of the many incidents that would eventually push the tribes over the limit, as many fans were likely waiting for the inciting incident that would finally give way to the battle within the Teutoburg Forest, where the gathered might of the tribes came together to do something that not that many people in history can say they did. It’s not every army that can say that they successfully assaulted three legions of the Roman army and lived to tell the tale.

Leading up to this incident it was interesting to watch the internal struggle of Arminius, the hidden love of Thusnelda and Folkwin, and the ensuing troubles that continued to escalate as Segestus, advisor to the reik, or leader, of Thusnelda and Folkwin’s village, continued to make his bid for power by being a true snake in the grass. Oh yes, it was very easy to fall deeply into this story and pick sides without fail, as many people might fully admit that they were hoping for a massacre of the Romans, who showed little more than disdain for the barbarians and sought to subjugate them at every turn. The history behind this story is likely a bit muddied simply because of the love story between Thusnelda and Folkwin, as well as the marriage of convenience when Arminius’ commander and father figure, Varus, sends him to take over the position of reik for Thusnelda’s village, but many are already praising the show for its ending as the ensuing battle has created even more problems than it solved since one can only imagine that another season, which has not been given the green light yet, would continue to show the aftermath of the forest battle, and would not look favorably on Arminius.

What it will likely show is the truth that Rome could no longer look down upon the German tribes since they proved that not only can they fight, but that they would fight to reclaim their independence and their right to live as they pleased. With such a huge risk it would eventually prove too great for the Romans and they would deduce that no further campaign would be allowed and the Germanic tribes would be left alone, more or less, since they would require too much time, effort, and resources to control. As for the show, it was made clear that Arminius still has plenty of enemies, one among them a friend that feels slighted, as Folkwin and Thusnelda’s relationship has been soured due to the fact that Thusnelda and Arminius have grown far closer than they intended when the marriage was proposed. One huge flaw in their plan was, as one would imagine, Segestes, Thusnelda’s father, who felt slighted that Arminius had wed his daughter without his consent, and was content with Roman rule as he apparently felt it worked far better than allowing the tribes to rule themselves. If there’s any single individual that feels the least trustworthy of them all, it would be Segestes, as there’s no name in any language that would suit the character since snake, weasel, traitor, slime, and many others are easy to affix to such a character, but still don’t do the feeling behind this individual justice.

There’s a reason why a lot of people probably won’t recognize many of the actors in this show, since this is a German-made show and features many popular and famous European stars that, admittedly, have done a great job at bringing this story to life. Season 2 should be every bit as good, but it’s bound to be far more tragic at one point.