Home
Movies
A Sherlock Junior Movie is Being Planned at Netflix 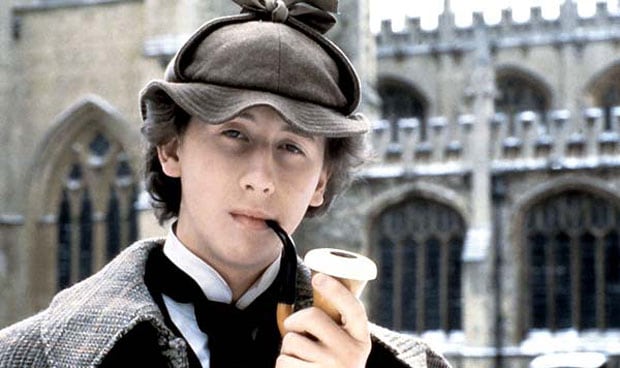 While it sounds as though a young Sherlock Holmes movie was always the plan, it also feels that Netflix might be going to the well a bit too much with this coming feature since Enola Holmes has been seen as popular and therefore it’s a green light to keep going with the Holmes story. One of the only downfalls that can be seen here is that Millie Bobby Brown is a hot commodity at this point and as such helped to push the Enola Holmes story in a big way without mentioning that she had a great supporting cast. This coming movie might feature a number of people that have paid their dues and are bound to be seen as just as professional, but at the same time, it’s easy to think that it won’t have the same star power. Does that mean the movie will flop? Not necessarily, but it could mean that the idea is being rushed a little too much. Fans might want to remember that as great as Robert Downey Jr. was in the role of the famed detective, his second movie also felt as though it wasn’t really needed and it kind of flopped in a big way, despite the fact that it brought in the diabolical character of Moriarty, one of the only individuals that could ever be called a true nemesis to someone like Holmes.

In this upcoming feature, it sounds as though Holmes and Watson will be meeting for the first time and will be gathering their own network of helpers to deal with a mystery that will test their skills and fortitude in order to reach a fitting conclusion, but it also sounds as though fans are already leery of the idea for their own reasons. It’s not too hard to figure out why since with any favored franchise there will always be those that will find fault with pretty much anything, even if it’s minor and not entirely damning to the overall idea. In this case, though it does feel as though coming on the heels of Enola Holmes isn’t going to work in this movie’s favor all that much, but it could do more than people are thinking it will, especially since a lot of people are already optimistic that the Holmes name will be able to muscle and slip its way past the critics that tend to catch more than many people want them to. But stating that it will be successful while citing the Indiana Jones Chronicles is kind of an odd choice since those that remember might be able to think back to the 90s when the Chronicles lasted for a single year and, despite winning awards, was largely forgotten by the time the 90s ended.

To its own credit, the Sherlock Holmes story has been around for quite some time and has proven that it has the clout to continue forward for a much longer period of time so long as the story is given the proper respect it deserves and is given a cast that people can get behind. The story has been told in a number of different ways, from the modern-day to the period in which Sir Arthur Conan Doyle actually set his creation from the start, and people have flocked to the various ideas that have been presented, citing their favorites and scoffing at those that just don’t appear to measure up. where this coming movie will fall is kind of hard to say at the moment since again, coming on the heels of Enola Holmes as it makes the movie feel like an attempt to cash in on the success of Enola while taking hold of the idea that youth is enough to make something more appealing. Those that have been working around the story of the famed detective for so long should know by now that the tale is something that can’t be controlled or used to win over fans with gimmicks, but of course, it’s hard to argue with success and the idea that one success might give way to another in due course. That’s a general feeling at least, but time will tell if this was a wise idea or not, especially since the fans will let it be known if this version of Holmes is truly in keeping with the tale or was ill-advised from the start.

Unless one is an actual fan of the Sherlock Holmes stories it’s hard to get too psyched up about another movie based on the character, but for those that do follow the stories and might be intrigued about another movie coming out, this might be worth at least a bit of their time since it’s yet another look at the sleuth that might prove to be entertaining. But like always, we’ll see.