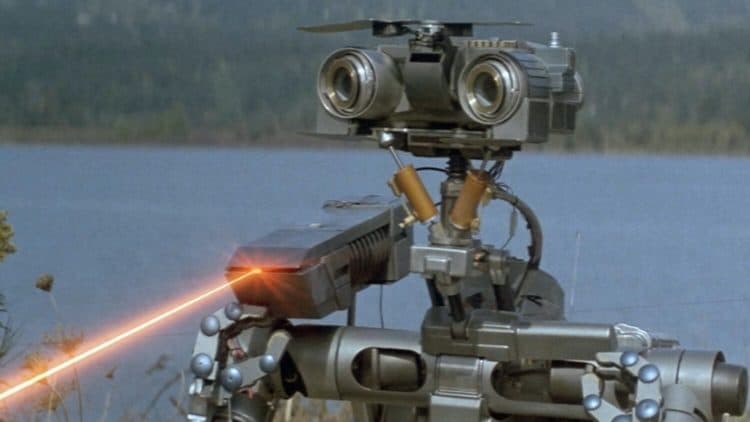 I’ve said that seeing things from a different perspective is great since it opens the narrative and can make a more complete story, but there are those times when it feels as though this is being used as a gimmick to push inclusivity in a manner that is becoming a little tiresome and if the Short Circuit reboot becomes another opportunity for this then maybe it’s better to go back to the drawing board. The tale of Johnny 5, who was struck by lightning and gained a human-like level of personality along with his robot intelligence, is one that a lot of people can probably remember and think was a decent story back in the day, even if the sequel wasn’t that great. But giving it a Latinx spin isn’t a bad idea, though it does feel as though people are simply wanting to take just about anything they can in order to say ‘we can do this better’ when leaving the story alone and creating something new might be a better way to go. It’s true that taking the story from a different perspective would be interesting, but rebooting it completely without doing something entirely different is kind of a cheap move. Maybe it will be so different as to not be recognizable, which would be intriguing, to say the least, and more apt to please a lot of people since it would be an original thought. But reboots are becoming a bit irritating if only because people are using them as a means of pushing their ideas onto stories that really don’t need this kind of attention.

The original story is one that was fun and great for the time period it was made in since the mood was kept light and the story was pretty funny, not to mention that it was different even in a time when stories about robots were trying to come up with something new. But trying this now is kind of continuing the trend that has a lot of people thinking that there’s not a whole lot of originality left in Hollywood since people have to keep going back to the well to pick apart old ideas and see what they can do to make them appealing again. It’s possible to reboot a story and make it better, and condemning this practice completely isn’t the ultimate goal, but far too often it’s been seen that reboots are being attempted in a manner that makes a lot of people shake their head in frustration since it becomes less about the story and more about revising the whole thing so that it fits with a different perspective entirely, basically retrofitting a story so that it can work from a different cultural standpoint simply because the culture has become more important than the story itself. The movie is bound to be made regardless and if it’s done correctly, without allowing the critical elements to override one another but instead harmonize as they need to, then the movie could be something interesting since it might turn out that it can work in this manner. But one of the many problems with reboots is that they turn out to be just as shortsighted as anything sometimes and it’s forgotten that in order to appease the fans or even get their attention, the story needs to be something that either hasn’t been seen before or has been seen, just not in this manner.

Short Circuit was a decent movie and it was a lot of fun for a lot of people, and it’s not hard to think that a lot of fans might want to see it come back and be just as amusing as it used to be. But with reboots its a crapshoot to be certain since there’s no telling if the writers and director are going to take into account the diverse audience they’re playing to or if they’re going to seek out an audience that is more aligned with their thought process and what they’re trying to sell. Short Circuit is a movie that had a very diverse audience since many people happened to like it when the movie first came out. The same can’t really be said of the sequel but it still managed to get some attention. But the big hope here is that by giving it a Latinx perspective that the movie won’t be going too far in one direction without remembering that it was fun for everyone at one point, and should probably try to keep some element of that story alive even if it’s looking at this tale from a different direction. There’s nothing wrong with a new perspective, but allowing a diverse audience to enjoy it somehow is usually a good idea if one wants the story to really take off.