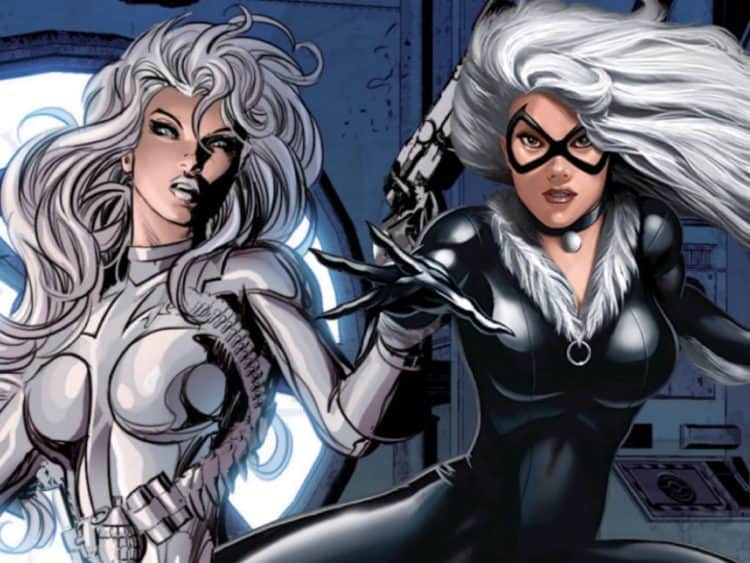 Sony certainly looks to have a serious case of will they or won’t they when it comes to Silver Sable and Black Cat as Anthony Fuchs of We Got This Covered describes it since it does sound as though they believed that both women could star in their own movies given that they have enough material. Of course that idea has changed now since the idea would appear to be that Sony is going to try bringing them together again for TV show rather than a big screen excursion. Anyone else wondering if they’ll make up their mind eventually? It’s been said that the Black Cat already had an outing of her own, kind of, in the Amazing Spider-Man 2, but it’s likely that it was hard to focus on all that much given what was going down in that movie ala Gwen Stacy and the Green Goblin mess that Andrew Garfield’s Peter Parker/Spider-Man had to deal with. In any case a TV show might be the better option at this point if only because it would allow both characters to develop in a manner that doesn’t feel rushed or too packed in to a time frame to really notice the nuances that each woman brings to their own story and to that of Spider-Man.

Let’s be fair here and say that Morbius, Silver Sable, Black Cat, and even Venom might not be around if not for Spider-Man since the webslinger has had to deal with each individual in their own turn and its by his comic that they’ve all been noticed and made good in the industry. That’s not to say that they couldn’t have become their own characters without him, but it’s also fair to state that without Spidey they might have had a much longer road towards recognition. At this point and time it’s hard to say just how many people really know about Silver Sable unless they’re comic fans given that she hasn’t made a lot of appearances outside of the pages when compared to other heroes. Black Cat is about the same despite the fact that Felicity Jones did show up in a movie, albeit not in much of a way that many people would recognize. But the push to expand Spider-Man’s world and at the same time keep the focus on these individual characters has obviously been a driving idea since Venom, Morbius, and now these two ladies are all a part of the bigger Spider-verse even if Spider-man isn’t always their most intense focus. Borys Kit of the Hollywood Reporter has something interesting to say about the subject.

It doesn’t even matter if Sony denied it or affirmed the idea that they were trying to show the MCU that they could take control of their own character, the attempts thus far have made it clear that they’re wanting to prove that they can control the fate and design of Spider-Man without any outside interference and it shows. With how much influence Marvel has had over the past decade it’s not too hard to note that Sony is starting to swing for the fences when it comes to showing just what kind of ideas it can bring forth and how far they’re willing to go to expand on an idea that they’re desperately wanting to hold onto. There’s already a Spider-Man 3 idea on the table and the rumor is that this will be the last hurrah with Marvel before Sony takes their character back, but we all know by now that the Mouse House is always up to negotiate and to press the issue if need be. By taking the focus off of the main character though and stretching out with other ideas it does appear that Sony is really attempting to master the entire Spider-verse one story at a time in order to entice people into thinking that they can and will bring the people something they can enjoy and perhaps something that Marvel isn’t able to do for the wallcrawler. They’re not entirely wrong after all, but it has more to do with the rights to various characters instead of the ability to do something with them.

Likely as not there are a number of people waiting to see if the rights to Spider-Man will be purchased outright by Disney one of these days, but it’s not happening at the moment and even if it does Sony will likely hold on to several other characters either out of spite or because they figure they can develop them on their own. Silver Sable and Black Cat are interesting characters but outside of the Spider-verse there are other characters they interact with and sadly for Sony a good number of them are currently under Disney’s ownership. So while this show may or may not be moving forward, it’s hard to know since Sony can’t make up their mind, it’s very likely that it will need a little more oomph in the form of a certain wallcrawler to really generate initial interest.