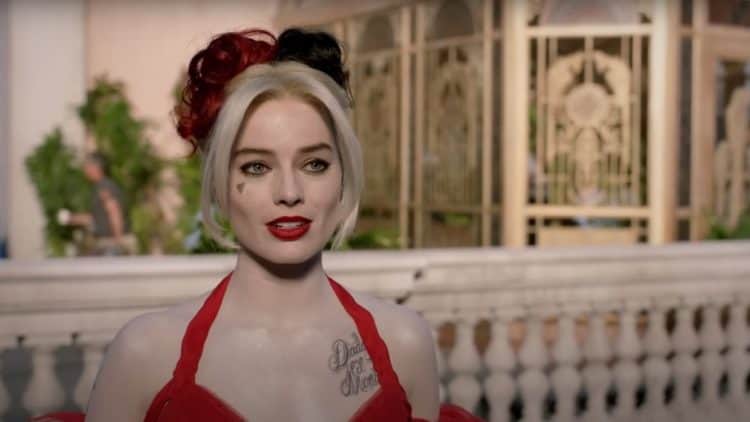 The theory is quite honestly that no one should get attached to anyone in the next Suicide Squad movie since it’s likely that pretty much anyone could get the ax considering that a Doop-related feel to the movie has already been expressed by director James Gunn, who was taking up the offer to make this movie while Marvel was spinning their wheels on whether to bring him back for the next Guardians of the Galaxy movie or not. If you’re wondering who in the hell Doop is you might need to go look at the old X-Force comics since this might actually give you a bit of insight as to what could possibly happen in the movie since the bean-person known as Doop was around when a bunch of characters were apparently getting killed in pretty gruesome ways. That theme might actually translate over to the next Suicide Squad movie is what it sounds like, and since we already saw the premature death of Slipknot in the first one, it’s a sure thing at this point that all bets are off on who might be getting their ticket punched this time around. Much like the first movie, it sounds as though there might be a few deaths in this version, but it’s a little more likely that there might be a few more, and it could be that the squad members that get the boot might not be those that are expected to. At this point, people might already be making guesses and wagers on who’s going to get whacked and who will make it to the end.

There are at least a couple of characters that won’t be getting taken out of the story by the end, and one of them that most people should see as an obvious choice is Harley Quinn since it feels like people might riot if her character met her demise in this movie. After all, she’s one of the most well-known names in the entire movie and she’s one of the biggest stars, so cutting her out doesn’t feel like it would be the wisest choice since people have become so insanely attached to her. Heck, people might actually accept the death of the Joker with more grace than they could if it were Harley that was blown to smithereens or left dying on a beach somewhere. Especially after the disaster that was Birds of Prey, it sounds as though people might actually feel the loss in a personal way. Since her inclusion into the DC universe, she’s been a character that people took to in a big way for a number of reasons, one of those being that she’s kind of fun but is also a dangerous individual that has kept moving forward despite the continued depredations that the Joker forced upon her so often.

Suicide Squad was where she was allowed to shine a bit more, but there was still the character of the Joker to contend with, even if Jared Leto’s version of the infamous clown prince of crime wasn’t exactly what people were hoping for. Since then Harley has been one of the few characters that has really garnered this much attention when it comes to DC. Trying to argue that she’s not the favorite of millions or at least thousands, would be kind of difficult since she’s been a huge hit since the first Suicide Squad movie. It’s very likely that other members of the squad are going to be taken out in the same manner as Slipknot, meaning quick and without much of a point to it, but since not a lot of people raised that big of a ruckus about the headless corpse that was left, as a result, it’s also easy to think that a lot of the squad might actually be looked at as kind of expendable in the eyes of the audience, so long as Harley is standing at the end of it. In the first movie, the loss of Diablo was harder to take than Slipknot, even if Diablo didn’t do much until he was prodded to do so. In this coming movie, it almost sounds like a few of the squad members might be meeting their end in a way that’s meant to surprise the audience.

That would likely be a good thing though, depending on how it happens and what it does to the rest of the movie. A lot of people have seen the footage that we’ve been given at this point, and it’s fair to say that the size of the squad has increased quite a bit, but it’s not necessarily a good thing. So maybe a little thinning of the herd is going to be a positive thing since otherwise, it might feel like Gunn is trying to jampack the movie with as many villains as possible.