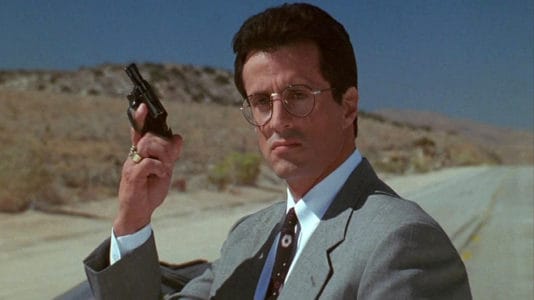 Joey Paur of GeekTyrant makes it pretty clear that Sylvester Stallone is fully on board with the idea of making another Tango and Cash movie, but it sounds as though Kurt Russell still isn’t convinced. In truth, neither am I. Like a lot of people I can claim to have loved Tango and Cash, it was one of the best buddy movies of the 80s and it was seriously amusing as well as action-packed. But bringing it back seems like it might be kind of a bad idea to be honest since as Kurt Russell has already said, the two men were in their prime back in the day when the first movie was made. They were still relatively young compared to now when they’re quite a bit older and looking as though they might need to retire eventually. Sly seems to think that he’s still the big action star that he’s been for so many years. While he’s not entirely wrong he’s not quite as dynamic as he used to be as he’s slowed down a bit and seriously cannot do the same things that he used to do.

A lot of people might want to stand behind his decision to remain the action star and the sort of elder statesman of the action genre, but honestly, truly, and without any hesitation, he needs to stand aside and let someone else take the reins finally. It’s not a call to get him out of movies, not at all, but it’s a plea to Sly to finally realize that his body isn’t as able to snap back from damage as it used to be, and it might be time to take a less active role and more administrative. Ryan Lamble from Den of Geek! paints the original movie in a positive light that’s easy to agree with since both characters are classic. Even within the movie he can continue to act, but it still seems as though he might need to take on the role of police captain or chief instead of being the guy that goes out and gets things done like before.  Tango seems like he might be the kind of guy that could take such a role, but Cash was the wild card that was less apt to settle down, unless it was with Tango’s sister. Even IF that happened, and that’s a big ‘if’, it doesn’t seem as though Cash would be able to settle down all that easily and would still have the kind of life that was full of regrets and a lot of wild nights.

Why Stallone is even bothering to talk about this is kind of hard to figure since really he’s had a long and successful career and should be glad of the fact. He’s done so much in his time that trying to create anything that might top what he’s already done is kind of hard to think of as being successful. That’s a hard argument to make since Stallone seems to bring people into the theater just on his name alone, but at some point in his career it’s going to happen that people are going to think that it’s no longer worth the effort to go and see something that’s been redone, rehashed, and revived so many times that it’s no longer recognizable as the entity it started out as. Kurt Russell might be wise to stay away from this one since it could be something of a career ender if it really tried to improve on the original.

Sitting here writing I can’t help but rub both hands over my eyes and hope like hell that all the mess of reboots and remakes that keeps happening is just a bad joke or a dream that’s going to end when I wake up the next day. Upon waking to each day and seeing stuff like this it’s obvious that it’s not going away and that more and more people are thinking that this is a good idea. While people want to close their eyes and think that the same old thing is just fine no matter how it’s packaged, it’s a big hope that there are still those that want to make something original and will help to create an era the likes of which Stallone and many others were seen to be absolutely brilliant. I’m a Stallone fan, I’ve watched just about every movie he’s made and enjoyed most of them, but when it comes to remaking or returning to old movies that have been inactive for so long it’s been something of a long sigh that follows myself and many others around as it’s enough to wonder why it’s happening and when enough is going to be enough.

Sly is a great actor, he’s been a part of a lot our lives for decades, but at this point it might be time to simply step aside and let the next generation take a stronger hold in his movies, while guiding them along the way to make sure that he’s leaving it all in good hands.