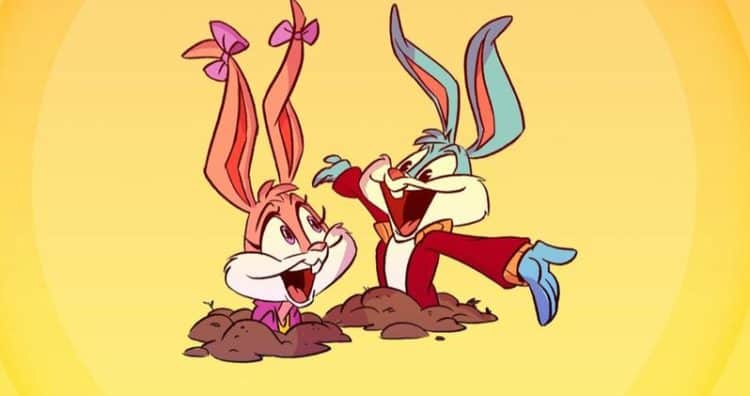 The Animaniacs and Looney Tunes were given a chance to come back, so it feels right that Tiny Toons would be given a chance as well, but it’s going to be enough to wonder just how they’ll be coming back and if they’ll be able to pull off the same pranks as they did in the past. The Tiny Toons were more or less younger representations of the original Looney Tunes since Babs and Buster Bunny (no relation) were two of the top toons in the school where they were taught by the original toons such as Bugs, Daffy, Elmer, Taz, and several others. There wasn’t much that set them apart since they were essentially the new generation of cartoon characters that were being taught by their predecessors and were therefore being groomed to take over. Their show didn’t last for more than a few seasons total though and was then sent to reruns that would be shown every now and then. But with a comeback such as this one has to wonder just whether or not they’re going to be allowed to perform the same tricks as before since much like the Looney Tunes they managed to get a bit violent now and then. But unlike Elmer Fudd and Yosemite Sam, the lot of them didn’t cart around firearms, which is still a sticking point for a lot of fans since the two characters were known to carry such weapons mostly because it was a part of their character. It’s funny, a lot of characters have dealt with firearms in the past, and yet some of them are still being allowed to keep their customary weapons, while the Looney Tunes, animated characters that seriously cannot be permanently hurt no matter what they try, are being censored. Ah well.

It sounds as though the Tiny Toons will be headed off to college as they attend the Looniversity, another place of learning where they will no doubt be taught how to be more knowledgeable toons and learn the finer points of being funny and being effective to the audience since if there’s one thing that toons have been doing for a while now, it’s breaking the fourth wall in various ways since it’s just hilarious. When one really thinks about it, the Looney Tunes have been doing this for a while now since some of the older cartoons manage to take this practice and use it to great effect, as some characters have been known to turn to the audience more than once in an effort to show or say something. Some would say this is just a part of the act, which is a big ‘duh’ moment since of course it is. The fourth wall break is something that audiences tend to like since it draws them into the story a little more, involving them in a way that’s kind of nice since it’s a personal touch that a lot of people enjoy and tend to thrive on. The Looney Tunes, Tiny Toons, Animaniacs, and many other animated features have done this over and over through the years in many ways, and it’s been something that some animated shows have become known for since it’s simply a part of their overall script, something that gets added in as kind of a gimme since the Looney Tunes are known for turning to the audience now and again.

The knowledge that they’re part of a show is kind of nice since it brings a very different dynamic to the show that changes it up now and then and creates a narrative that the audience can feel has taken them into account, thereby making them part of the story. Plenty of people would shrug this off as a cheap effect, but from a storyteller’s standpoint, breaking the fourth wall is something that has to be experienced with a certain sense of balance that isn’t that easy to hit all the time. The Looney Tunes and many animated shows that have come after have done this quite well, but sometimes it might feel a little contrived. The Tiny Toons have done this as well, but the formula used in their show has usually been just the same as the tunes that came before them, which means it works just about as well.

Bringing the Tiny Toons back is a wise idea at this time, but it’s also something that one might think is going to have to be monitored since bringing too many older ideas back all at once feels as though it’s bound to create a conflict of sorts at some point. What’s hard to see is how the animated shows would really contend with one another when they’re essentially all owned by the same company. We’ll just have to wait and see how it goes.