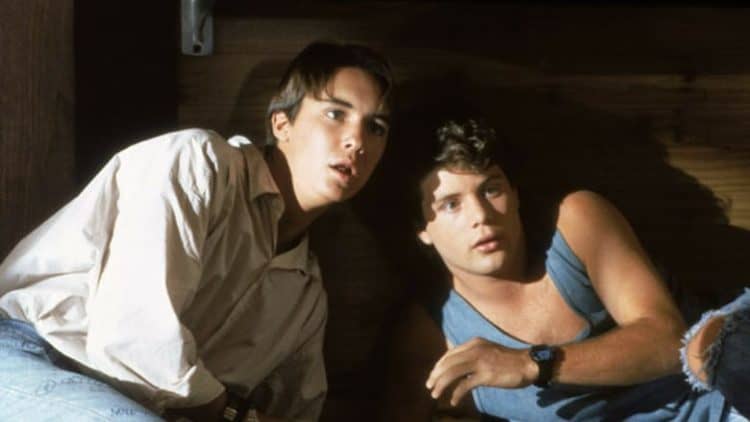 Never underestimate pranksters that know how to get around authority. Toy Soldiers was an early 90s movie that a lot of people might not remember but was still something kind of special since it was almost like a serious version of Red Dawn and Goonies mixed into one movie. Considering that it had Sean Astin in a leading role the Goonies reference is pretty accurate since as a trouble-making student and son of a prominent businessman he plays a kid that’s been kicked out of three prep schools and has zero respect for authority. When a terrorist bent on getting his father released from prison captures the school and the boys that are currently in it however they bite off quite bit more than they can chew. This movie is one of those that may or may not do well when it’s brought back since trying to get people interested in something that kind of came and went in its own time is difficult at best and almost impossible at worst. But considering that Queen Latifah is up for a role in the movie, as D.J. Rivera of We Got This Covered has stated, it might have a slightly better chance of getting noticed if only because it could possibly be considered a new idea by many.

It’s very easy to think that she could become the dean of the school, a role that was taken by Louis Gossett Jr. in the original, though nothing has been confirmed yet and there’s been no other announcement of who might be a part of the cast. Obviously Sean Astin, Wil Wheaton, Keith Coogan, and the many others that made up the group of trouble-making adolescents wouldn’t even be considered for taking on their old roles unless they were given cameos, which might be kind of a nice homage to the first movie really. But otherwise a young cast is going to be needed for this movie and a much more believable version of the story will be required as well since what worked back in the early 90s isn’t going to fly this time, especially if the movie is going to be updated for the modern era, meaning that technology is going to play a major factor in the story. Think of how the movie went back in the day and then think of all that’s come along since then. Just the inclusion of the internet opens up a massive number of doorways and directions for this movie to take since the terrorists might not even have to enter the building to lock it down. Of course in such a case older buildings would still give their inhabitants an edge since as it was discovered in the movie there was a secret basement that could be used at one point to evacuate the students and the headmaster. It’s fair to think that a terrorist would try to cover every possible angle, but this is at least one plot point that might be useful enough to be kept.

Apart from that a remake could be kind of exciting so long as the story was kept intact and modified just enough to make it fit into a modern day prep school so as to keep the overall feel and setting. There would likely be other changes as well that would take place given that society has gone through a great number of changes since 1991 and there could be a lot more content that might get added into a movie such as this. Hopefully though we wouldn’t see the movie spend too much time on the why and how each student fits into the narrative before getting into the story. All in all this movie was pretty entertaining and if the casting goes well enough and the writers don’t deviate too much from the main story it could be something that might be able to make a comeback and be even better than it was in the first place. The only downfall of this thinking, well there are a few but let’s just stick to one, is that reboots do tend to pull away from the source material far too often in an attempt to tell a slightly different story using the same title and roughly the same idea. In the case of truly horrible movies this could be a very good thing, but the overall feel of Toy Soldiers is that it was a very engaging movie that wasn’t exactly Oscar-worthy but was worth remembering after one had watched it.

When it will be released is still up in the air since the cast has to be picked and finalized and the overall story has to be written, but hopefully we’ll see production begin on the movie eventually. In the meantime it might be a good idea for people to watch the 1991 version again just to remember what it was like.