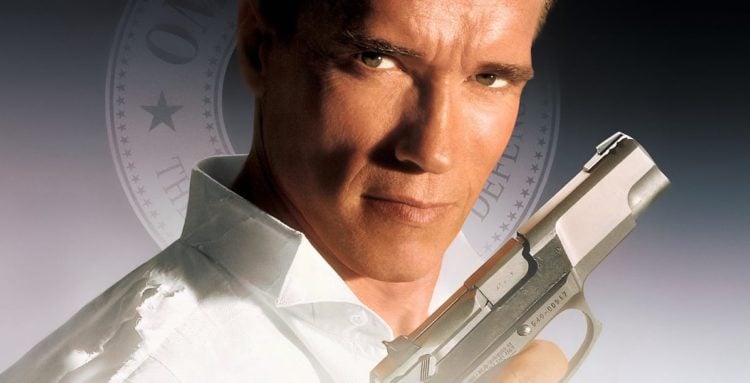 How many people are going to say that True Lies was better off as a movie and as a series might be asking for early cancelation? It might not be as many as some might think, but the idea is still enough to make some people think that it’s not going to be quite as popular as some folks are thinking. For one thing, the story isn’t horrible since it did leave a pretty big opening at the end of the movie to show how Harry and Helen Tasker started to work together. But one thing that feels necessary for this show to work would be to keep it just as over the top as it was during the movie since if anyone remembers, the movie was absolutely ridiculous when it came to the overall action and was easy to mock but just as easy to have fun with since it didn’t matter if it was supposed to be a serious movie, it was hilarious all the same. This project has actually been coming for a while but has finally been given the green light to get moving, and while there’s not much mention of who’s going to play which part yet, it’s fair to say that someone impressive is going to take the part of Harry and Helen will be someone equally skilled to meet the challenge of this story.

The 1994 movie was something that a lot of people couldn’t help but laugh at since some of the things that Arnold Schwarzenegger did, such as the fight scenes and the spy activities that he was engaged in, were so over the top that the question of whether they could happen or not was in question since the fantasy of the average spy movie was what the movie drew off of from start to finish. Things were dialed up to a firm 11 for much of the movie and didn’t really come down at all. With Tom Arnold added into the mix along with a few other notable actors it was easy to think that this movie was going to be a riot of action and humor from start to finish, and it kind of was since the late Bill Paxton got in on the act, as did Tia Carrere, as she played one of the main antagonists. One has to wonder how many bad guys, and ladies, will be placed in the upcoming series since it’s likely that Harry and Helen will need a solid challenge, and plenty of them, in order for the show to be worth it. One also has to wonder if Helen is going to be given any more training in the series since in the movie she was a pretty simplified wife that had a job but had no idea that her husband was a secret spy.

It’d be great to see cameos from the original stars, those that didn’t die in the movie, and those that are still around. Sadly, Bill Paxton passed away a while back, but finding room for Tom Arnold, Schwarzenegger, Curtis, and even Eliza Dushku would be great since it might be a nice homage to the movie or simply a way to link the two in some way if those in charge would agree to it. Barring that this show will be something that might prove to be kind of interesting since the level of action that the movie provided is a worthwhile goal for the show to aim for since otherwise it’s bound to be a pretender to the name in a big way since when most people think of True Lies they think of explosions, shoot-outs, and bad guys that are intent on blowing up a bunch of stuff and disrupting the American way. How much of that will make it into this show is hard to say since things have changed since the 90s and the content is bound to depict as much when it really gets going. It’s all a matter of whether the show is going to be geared to be PC or if it’s just going to let things fly as the original movie did in many ways. These days it’s hard to know how anyone can think that what went on in the movies decades ago when some of the stuff that’s seen on TV and in the movies is just as controversial if not more so.

One big hope for this show is that if it is going to adhere to the idea of the original movie that it will do so with just as much gusto and impressive explosions and action sequences as the movie produced. If that happens then perhaps it can be said that it will be a worthwhile idea, and possibly a very entertaining show that people will enjoy.