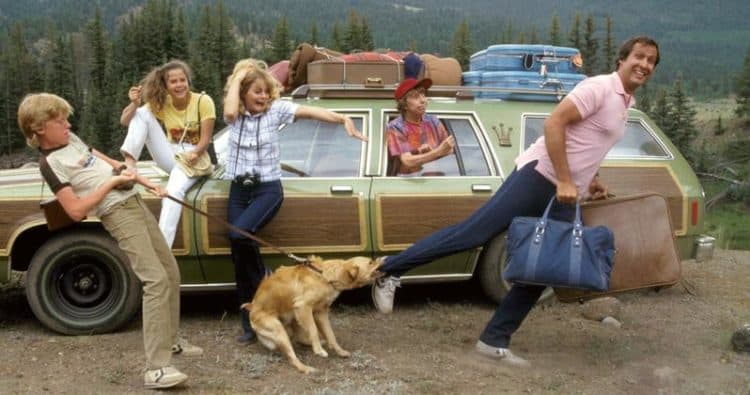 After shaking your head a few times and wondering just why in the world anyone would do such a thing you might be able to read the article by Jeremy Dick in MovieWeb detailing the fact that Johnny Galecki, one of the several Rusty Griswold’s that helped to make the Vacation movies so great, is helping to produce a spin-off of the popular movies for HBO Max. Anyone else sense disaster on the horizon? It’s almost the same feeling that was present when Uncle Buck was given an attempt at a TV series, only this might actually be just as bad if not worse. Some folks must have faith in the idea since it’s on the hook and will be coming eventually, but really the Vacation movies have been going downhill since Vegas Vacation released in 1997. The magic of the whole thing was actually kind of lost when Vacation came out in 2015 and stunk to high heaven despite the fact that it made a profit. Has anyone ever thought about leaving the Vacation movies alone and making something new and just as amusing? The answer is ‘of course they have’ but the reality is that those that think they can make this into something again are forgetting why it was so popular in the first place.

The Griswold’s were insanely funny for their time and the reason was that when they were at home it didn’t seem like a lot really happened, unless it was the holidays. When they went on Vacation however, that was when things really happened and when the hilarity was able to reach 11 and really get people roaring with laughter. The Griswold’s at home? Unless it was the holidays it’s kind of hard to picture since Clark being goofy and Ellen putting up with him is kind of the gist of it, while Rusty and Audrey, despite being interchangeable with each movie, were about as typical for teenagers as they could be. It’s possible to think that this show could be successful if the right actors were found, but that doesn’t mean trying to bring back Chevy Chase and Beverly D’Angelo, not even in the least bit. Not only are they both too old for the part at this time but they’re also well past their prime when it comes to the level of comedy they’d need to provide for a show like this, which is one of the only reasons that it will thrive if they can find the right people to fill the roles. Joe Otterson of Variety has his own take on the matter. The desire to have faith in the casting selection though is kind of shaky at this time since the Vacation movies seem like the kind of comedies that should be left alone, and the last one should probably be swept under the rug and never spoken of again.

At this moment in show business the lack of any forward-thinking ideas would make it appear that the writing pool is either coming up kind of sparse, which isn’t the case, or that people have their gaze stuck looking backward instead of forward to the endless possibilities that still exist. A lot of people love to get nostalgic for the heck of it, but there are many that would like to see something new, perhaps inspired by the old shows and movies, but not directly related to them and definitely not trying to take the old shows and movies into a new direction. Something about this idea just feels as though it’s not the greatest idea to come along in a while, but of course that’s not a deterrent to those that happen to think that they know just what people want to see because they’ve been around for a while. The Vacation movies were great without a doubt, they were one of the best parts of our younger years and helped us to laugh quite often and gave us numerous quotes and moments to memorize and play back over and over. But TV? You can give it points for some innovation I suppose, but overall it just feels like a very bad idea that might not be noticed until it’s too late.

It could work if the right actors are found, if the story is balanced, and if people respond in a positive manner. That’s a lot of ‘ifs’ though and it’s relying heavily on the idea that people are actually going to want to see something like this come around. That’s a great deal of faith in an audience that is notoriously fickle and will tear at the fabric of anything they see in a way that could make it completely unravel if the story isn’t solid enough. But we’ll just have to wait and see if Galecki and those with him will be able to pull this one out and make something worthwhile. Lesley Goldberg of The Hollywood Reporter has more to say on this.