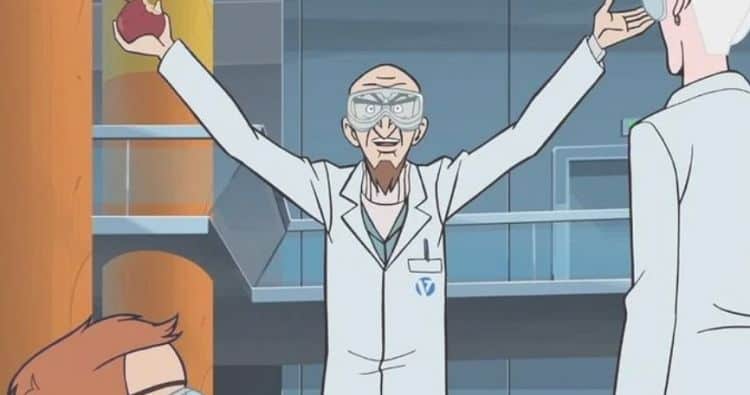 Anyone that’s watched Johnny Quest can probably take a look at Venture Bros. and assume that the story takes after the model without having to be told. What isn’t similar however is how the titular brothers tend to die so often only to be replaced by clones with no recollection of ever dying. It’s definitely been a show that has been meant to be on Adult Swim along with many other shows that share the macabre nature of those that attract so many interesting fans. But while it might still hold a lot of interest for people the announcement that the seventh season was it’s last obviously doesn’t sit well with a lot of fans that wanted to see more. This is why a move to HBO Max could possibly make a lot of people very happy since it could mean another season for the show and possibly more depending on what happens following the proposed move. Whether it’s a smart move or not is hard to say since it would make the fans happy, but keeping the fans happy isn’t always the smartest thing in the world since the fickle nature of so many fans makes it clear that giving them what they want can backfire in a big way. It’s not a guaranteed development, but it could very well happen since fans tend to switch interests way too quickly for any TV show to keep up with.

It’s more than accurate to state that HBO Max is, like every other streaming service, trying to snap up every property they can get their hands on in order to stay competitive and to make certain that they’ll have enough material to work with well into the next year and beyond. At this point, there has been a serious influx of shows and movies that have gone to HBO Max as well as other streaming platforms in an attempt to see just who can come out looking like the seasoned pro and who’s going to get left in the dust when it settles. At this point, Venture Bros. moving to HBO Max would likely be counted as a win by a lot of fans since it doesn’t make a lot of sense to think that the move would grant only one more season before it was canceled again. But seeing how it’s taken so long to develop seven seasons, the show was started up in 2003 after all, it could be that Venture Bros. finding a home on HBO Max could mean it might be able to eke out another few seasons over the course of another decade. That’s if HBO Max is going to allow things to keep on as they’ve been going, as Adult Swim has.

The Venture Bros. program is one of the crazier shows on AS since to be quite honest that’s what anyone watching AS expects, and they’re not often disappointed. Those that are allowed to write and animate their stories in this manner are usually those that don’t have that much of a filter or don’t use it that often. They tend to go off the rails on a regular basis to deliver the kind of stories that are beyond messed up but still insanely fun. Just watching some of the trailers and a few minutes of the show will make it clear to anyone that Venture Bros. is definitely keeping in line with many other shows that have come and gone through the years and have been allowed to simply go for broke when it comes to humor. It does feel as though that sense of humor would be able to find a pretty stable home at HBO Max since the limitations aren’t that great and the ability to go off the chain with content is something that’s nothing short of great since it invites a great deal of opportunity to toy with just about anything the creators want to use in the creation of each story. That kind of freedom is kind of hard to come by with some networks, but it’s becoming a little more normalized at this point, though to disastrous results sometimes if one were to ask Netflix, who’s still under fire for allowing one particular movie that people are still talking about.

There’s nothing set in stone just yet when it comes to the move, but it does sound as though it would be the wisest choice since AS is more or less done with Venture Bros. and HBO Max would be a great landing spot where the show could enjoy another season or two, or more depending on how it continues to do. Fans would certainly be overjoyed at this prospect and no doubt would support it in a big way. We’ll have to wait and see what happens.