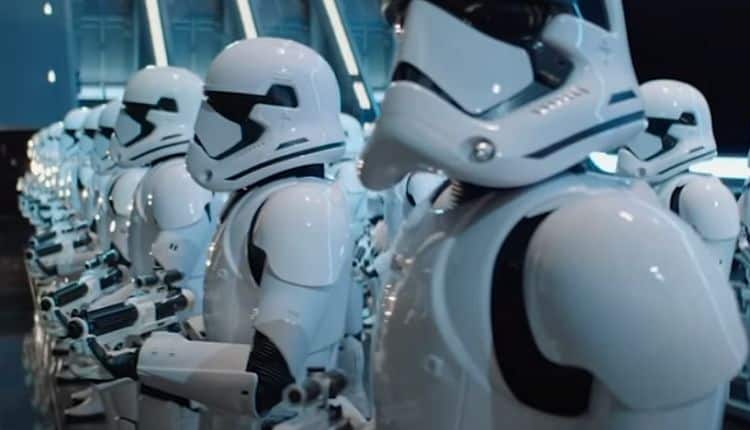 One thin is clear when it comes to this particular ride, if you have motion sickness then you’re probably not going to have the best time in the world. The Rise of the Resistance ride looks like a lot of fun and does bring back memories of the old Star Wars ride that came to Disneyland years ago, but for those that feel like tossing their cookies whenever the ride gets too bumpy this might not be the right line to get in since it does appear that it’s going to get a little rough. Anyone remember the last Star Wars ride that was situated near Space Mountain and the Captain EO exhibits? Like many other rides it had a long and arduous line to get through that wound this way and that and out the door and down the block, but once you were strapped in you had a good idea that things were going to get wild.Â  Just so people can remember the experience, here’s a reminder of the original Star Tours:

Obviously the updates and the improved technology have gone a long way towards delivering a slightly better story and something that people can really get excited about, but back in the day this was what we had and it was definitely pulse-pounding enough that a lot of people found it to be absolutely thrilling. As you can imagine, a lot of folks went on it multiple times in a day just to get that continual rush that came from feeling as though they were involved in a space battle or were careening through a maintenance area with a droid pilot that obviously didn’t know what was going on. Nowadays people definitely want more, they want what they see in the movies and they want an experience that everyone can enjoy and that’s immersive as possible. The old ride was all done pretty much on screen and without any real interaction other than the motions that were felt by the riders, but it was still enough to get people into the action. This time around though the effects are definitely a lot better and it’s fair to say that Disneyland has really stepped up its game.

Whether anyone is going to be able to experience this in full detail and not just a virtual tour however is still up in the air as Disney parks are still closed and there’s no sure sign that they’ll open within the coming weeks. If they do then it’s very likely that the procedures that will be necessary to insure that the coronavirus doesn’t continue to spread will be something similar to the process that is being discussed when it comes to movie theaters. Guests would need to enter through a clean-room environment, as clean as it could get obviously, and then have their temperature checked to make certain that they’re not running a fever and aren’t sick. This might sound excessive to some folks but the health of their guests does need to carry some importance for Disney, otherwise their parks don’t serve an essential service other than to stimulate the economy through the entertainment provided at such a high price, and of course the jobs that they offer to those that can help to boost the economy. At this point it’s likely that Disney will want to play ball and abide by the rules in order to open their doors again and allow people to come wandering in. The business has been dropping lower and lower as more money goes out and not enough is coming in, but so far they’re still a long way from tanking.

It’s not hard to believe that the parks will be packed, as much as possible at least, and will be making a bee-line for the Star Wars exhibits since the franchise has taken such an upswing in recent years. While the movies haven’t been universally loved the idea of Star Wars has still remained highly popular with a lot of people since many people have their favorite aspects of the franchise that they’ve enjoyed for years on end. Given the state of Star Wars at the moment and the direction it appears to be headed this ride makes a lot of sense, though it might be interesting to see what comes another ten to twenty years down the line as the franchise continues to change as people have to know it’s going to. There might even come a time when Kylo Ren is thought to be old school Star Wars, imagine just how much a lot of fans will laugh at the notion. All in all though the ride does look like a lot of fun and it could be a great experience once people are allowed back in the park. When that will be is hard to say, but likely as not it will happen at some point. Katie Dowd of SFGate has more to say on this topic.