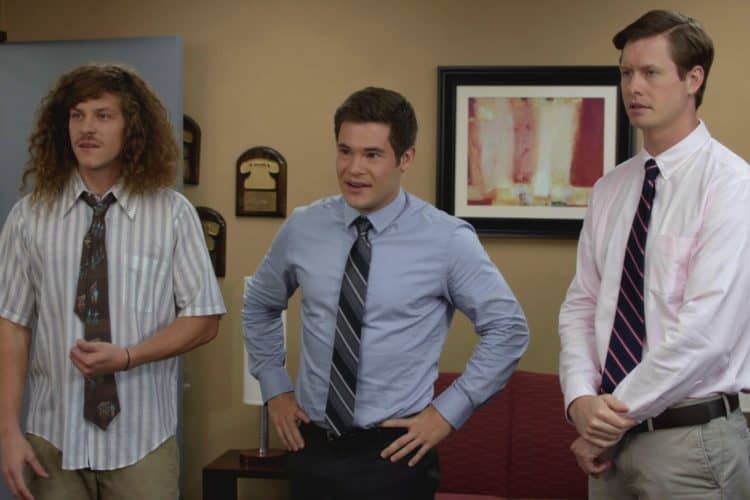 Paramount+ is doing what it can to boost its talent and provide viewers with an impressive amount of entertainment prior to the switch from CBS All Access. Workaholics is just one of the many programs that are bound to come around and be given another chance on the site, as the show will be featured as a movie this time around and will no doubt seek to entertain people much in the same manner as it did a while back. The fact is that the show did resonate with a lot of people since while the idea of being a college dropout isn’t exactly the most positive image in the world, the fun of partying, smoking weed, and generally being a prank-loving nuisance is something that many people can get behind. It’s easy to admit that this kind of thing is what a lot of people tend to like so long as the humor is something they can vibe with, and considering how many people enjoyed the show it’s not too surprising to see that a movie is being made from it since this is how things tend to go sometimes. Those that watched and enjoyed the show are bound to find this appealing but it does feel as though there might be a lot of people that will either be turned onto the idea or avoid it simply because they don’t fully understand the humor. Hey, it happens.

The role of a telemarketer in society is generally one that doesn’t get a lot of positive attention since many upon many people tend to hang up before the person on the other end can really get going with their spiel. If anyone’s ever done this then they likely know that they need to have exceptionally thick skin to really make it work. A movie about this isn’t too hard to buy into since it’s bound to have enough laughs that will keep people in stitches. The fact that a lot of people will probably be able to relate to it in some manner will only help. To put it mildly, Workaholics is likely the life that some telemarketers would love to have while it might be close to what a lot of people that are on the phone all day might do to relax. That is the smoking and partying, not the other crazy stuff that the guys have done in the show. There’s no word on when the movie will be making its way to Paramount+, but it does sound as though the site is doing everything it can to bolster the roster and make sure it can continue to compete with the other sites that are firmly in the lead in the streaming wars.

Currently, there are several sites that are firmly ahead of the streaming game and are known far better for their selection and their ability to draw in mass numbers of subscribers that are more than pleased with the quality of shows and movies that are being offered, especially when it comes to original ideas. So far CBS All Access has been doing a great job in keeping people interested with various shows that have been seen as interesting and movies that people want to watch. But there’s still plenty of competition out there and it’s likely that as Paramount+ it will need to continually find ways to keep improving upon the current programming in order to really stay competitive. It would be interesting if any single site offered specific content, but it wouldn’t make much of a difference since those that can afford it are currently paying for at least one or two, or possibly three or more services, which tends to drive the overall price up to where a regular cable bill would be since the average price for a streaming service is anywhere from five to seven dollars depending on the extras that one wants to purchase per month, such as limited to no commercials. In fact, this is one edge that sites such as Netflix and Disney+ have over others, they have absolutely no commercials and have set prices that don’t jump that often. While Netflix has definitely increased its price over the years it still hasn’t jumped so high that it’s hard to afford.

Workaholics will no doubt find an audience as a movie just as it did when it was still a show since there are still plenty of fans out there are that bound to be excited to hear that Paramount+ will be hosting this feature. Those that enjoyed Game Over Man! will no doubt want to see what the trio of actors will come up with this time since it’s been a while since we were able to see them in action. We’ll just have to wait and see what happens.