Home
TV News
Aaron Kaufman Gets His Own Show: Aaron Needs a Job 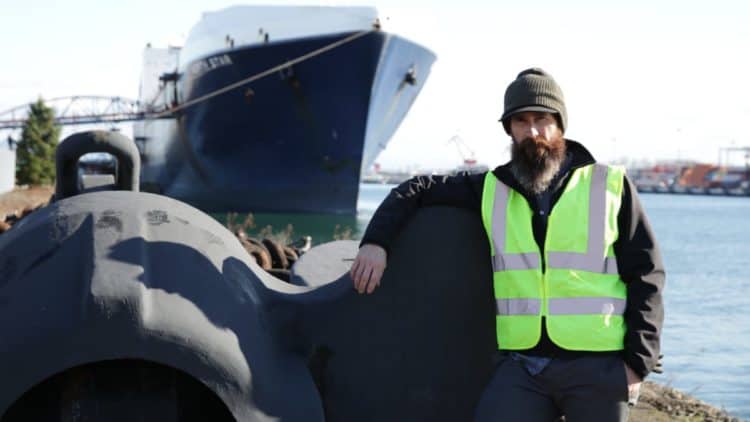 Anytime a person seeks to move on and find something else that will interest them or offer them another opportunity on live TV it almost seems as though they’re trying to find a way to stay relevant. Obviously that’s the underlying case, but thinking that it’s the only reason is something that cynics might believe since Aaron Kaufman is going to be making his way around the country to experience the lives and occupations of many different individuals so as to immerse himself in the worlds they occupy on a daily basis. There is a rumor that he had a falling out Richard Rawlings, but as April Neale from Monsters & Critics has written he’s seeking his next big gig, and people are going to want to see what comes of it. What he might find is that beyond his shop there is an entire world filled with occupations that are in some cases easier and in other cases much harder than he could ever imagine, though he’s definitely up to the challenge.

One might wonder if he’ll eventually make his way towards one of his earliest dreams, that of being a park ranger. According to Dustin Meyer of Hot Cars this was an early dream job that Aaron considered when he was younger, for various reasons of course but also because it happened to be something he thought would be exciting and ultimately pleasing. If he decided to make his way to such a place it would be kind of interesting to see the transition since at this point it doesn’t seem too likely unless he had access to a shop or some form of machinery that he could tinker with while on the job. So many people have come to know him from Fast N Loud that they might not fully back his play if he decided to take on a job that was anything but involved in machinery of some type. That of course is an opinion and one that might not matter in the long and short of things since the idea is to allow him to go traipsing about for a bit to experience a few different jobs that might catch his fancy or at least allow him to show some interest. To think that he’ll pin anything down when he has the chance to get paid to go around and experience one job after another is hard to imagine, but thinking that he’ll seek to make his decision at some point near the show’s terminus isn’t hard to assume.

Thankfully Aaron isn’t the type that’s averse to hard work and discovering new things since tinkering on engines and working in the garage was not his first choice of careers. He’s become known by many to be a hard worker and someone that can be relied upon, but it’s going to be interesting all the same to see just what’s in store for him when he starts making his way around, and what he’ll think of the jobs that he’ll be taking on, even if only for a little while. Some jobs are going to be undeniably difficult and possibly even dangerous since the mention of working in a coal mine has already been floated by and many people might cringe at the mere idea of being miles deep within the earth, seeking out the black rock that helps to fuel so much of the world while at the same time being careful around the coal dust, which can be just as dangerous as anything. There will be other jobs that are just as treacherous if not more so, but Aaron is committed to making the rounds and seeing what’s out there and what he can do.

It goes without saying that most if not all that he’s going to look at will be motor-driven in some way and will allow him to use the expertise he currently has to figure things out and come to a better understanding of how the men and women in such industries keep things running and what it takes to do the job. Working on cars affords him at least some expertise, but when he starts going to look at other motors and other contraptions it seems likely that he’s going to have some learning to do, and it would seem that he’s ready for the chance to learn more and possibly add it to the experience he already has. One very good thing about Aaron is that he seems willing to learn and step outside of his comfort zone, which this show will be making him do more than once as he goes along. So far the show is slated to start on July 15th and will see him making his way from place to place in order to discover what he may. It could be interesting.