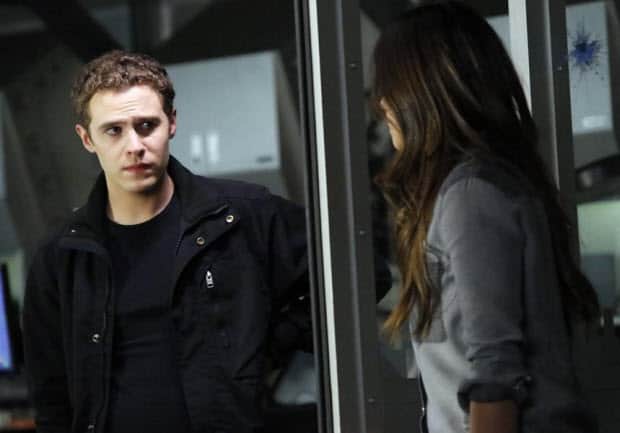 Big news out of ABC/Marvel today, as the two brands once again renewed their vows in new and exciting ways. It’s been up in the air for a dangerous amount of time, but in the end Agents of SHIELD was renewed for season two after a controversial debut year. Not only that, but ABC will also be getting quasi-spin-off/prequel Agent Carter as well, starring Hayley Atwell as one of SHIELD’s first agents once Captain America was put on ice on the ’40s.

Agents of SHIELD has been a rollercoaster ride, premiering as one of the most buzzed about shows of the year, but disappointing many with its first batch of episodes (myself included). But the show has really, really turned things around in terms of quality, and the backend of the season has contained some impressive episodes. The show mostly loses its “super case of the week” procedural format, and ties all its major plotlines together in really fascinating ways. No, it’s not quite as integrated into the larger Marvel Universe as much as it could/should be, but it does a great job working within the constraints it has. For me, the show is far, far better when binge watched, and I’m nearly caught up for next week’s finale. After struggling through the first few weeks, I’m glad I stuck with it, and happy to hear it’s sticking around for another season, particularly when Avengers 2 is on the way. I wonder if they’ll have any Guardians of the Galaxy crossovers?

As for Agent Carter, Atwell is certainly a great talent to star in her own show, but I’m curious as to what the show will be like, whether it’s a ’40s version of SHIELD or a ’40s version of say, Alias, but with Marvel influences. We know very little about Agent Carter, but apparently initial plans were good enough to warrant a series pick-up. It’s going to face steep comic book competition between Flash, Arrow, Constantine, Gotham and a host of others, and we’ll see how it can run that gauntlet.