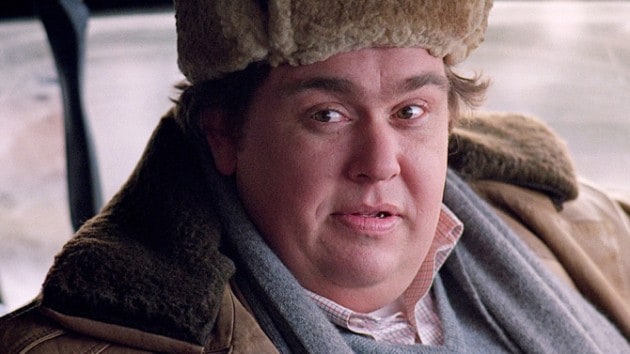 Overshadowed by the little thing that was Super Bowl Sunday was the news that ABC has ordered two more pilots for the 2015-16 season, one of them being a TV adapatation of the 1989 John Hughes filmÂ Uncle Buck, which famously starred John Candy in the titular role and Macaulay CulkinÂ as his nephew, Miles.

Uncle Buck comes from Steven Cragg and Brian Bradley ofÂ MADtvÂ and is described as “as a family comedy about a childish man who learns how to be an adult by taking care of his brother’s kids in a very childish way.” Will Packer will also serve as an executive producer alongside Cragg and Bradley.

Uncle Buck is only the most recent film-to-TV pilot to be ordered in the past couple weeks. NBC has already ordered a pilot based on the 1990 filmÂ Problem Child, while CBS has greenlit pilots inspired by bothÂ Rush HourÂ and the 2011 Bradley Cooper filmÂ Limitless (Cooper will be an executive producer on the project).

The second pilot ordered by ABC yesterday was Â Family Fortune, which is written by Matt Hubbard (30 Rock) and Fortune Feimster (Chelsea Lately). In addition to writing Family Fortune, FeimsterÂ will also star in the pilot as “a popular gym teacher who comes out of the closet to her close-knit group of family and friends. (At the same time, her bickering, divorced parents also ‘come out’ that they are sleeping together again.)”Â 30 Rock‘s Tina Fey and Robert Carlock, whose new seriesÂ Unbreakable Kimmy SchmidtÂ debuts on Netflix next month, will also serve as executive producers with Hubbard and 3 Arts.