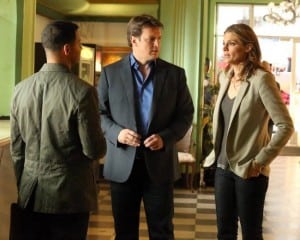 While the upfronts madness tends to focus on new shows and the cancellation of bubble series, there’s the little matter of the obvious renewal. These are shows that any TV fan with common sense know will make it to the next season, but their network has, for some reason, delayed the announcement to a certain time. ABC has take care of three such series, as they’ve renewed Castle, Scandal, and Grey’s Anatomy for 2013-2014.

All three should come as no surprise, as Castle has withstood the ratings barrages from Revolution and emerged the top dog on Mondays at 10:00 while Grey’s has shown remarkable stability for such a veteran show and Scandal vaulted from bubble show this time last year to pop culture phenomenon and the top 10:00 drama on television. Additionally, Scandal scored a series high in the ratings last night, defeating Grey’s for the second time and emerging on top of once mighty American Idol in the 18-49 demographic.

The state of ABC drama is such that all three shows will more than likely be back for the 2014-2015 season, as well. While all three have posted strong numbers and maintained sturdy online presences, Revenge and Once Upon a Time have dipped in both buzz and ratings, Nashville can’t seem to turn its buzz into ratings, and nothing can stick on Sundays at 10:00. It should be interesting to see which dramas they pick up, how they treat the ones they know they can count on, and whether or not it’s time to move Scandal to another scheduling hole.

Do you think that ABC should leave Castle on Mondays? Would you be okay with flipping the order of Grey’s Anatomy and Scandal? What should ABC put on Thursdays to pair with the Shonda Rhimes dramas?