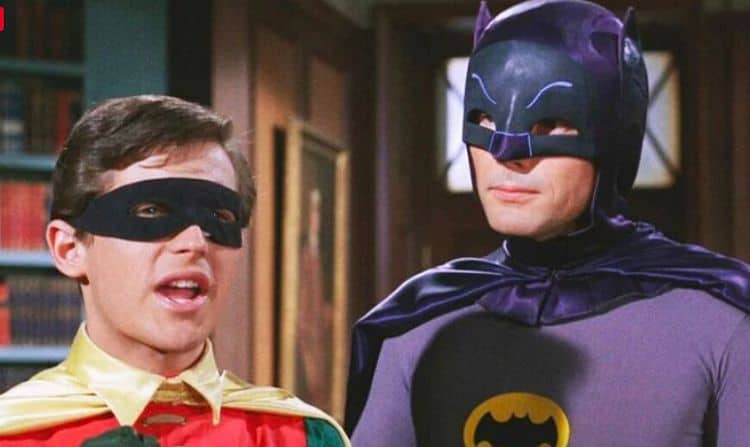 Honestly Burt Ward appears to be too good to be true since he doesn’t receive any profits from the old Batman series and he doesn’t care, and he and his wife make their own dog food and don’t seen any profits from that either. Plus, back in the day when the execs told him that needed to take penis-shrinking pills to hide his junk, he took them for three days and then stopped. His concern, according to Kevin Burwick of MovieWeb, was that the pills could possibly keep him from having kids, so he decided to hide his man bulge with his cape as much as he could. Admit it, now you’re going to go back and try to find footage of the infamous Robin bulge just to see if it’s that big of a deal, no pun intended. What’s kind of amusing is that Adam West had the opposite problem and had to put Turkish towels in his trousers to make things appear right. Maybe ABC was thinking that the sidekick shouldn’t be outclassing the hero? That be kind of petty really, but it sounds more likely that the network was attempting to keep young kids from seeing Burt’s bulge and families rioting and calling into the station to get the show shut down over such a thing. Hey, back in those days it could have happened and it might have been disastrous.

Having a bulge in your trousers isn’t exactly a big deal these days but it’s still not something that a lot of people want to broadcast unless they happen to be starring in the type of show or movie that warrants such a thing. After all, ladies can be shown poking their nipples through the fabric of their clothing and some folks get downright excited, but if there’s a man bulge in the movie it either means that the movie is supposed to be raunchy or somehow controversial since it’s the type of thing that you wouldn’t normally see in a family-oriented production a Batman and Robin were still considered to be back then. As of now thankfully Robin no longer wears tights and a pair of short-shorts unless it’s on an animated show and in which case there is NO bulge showing since this kind of thing on an animated series would face the same harsh scrutiny that it obviously did in the live action show back then. After all one has to think of the practical nature of it as well since if the bulge is caused by a protective supporter it’s one thing, but going into battle without a cup and basically giving your enemies a target is something that many people would likely consider very unwise. Brian Cronin of LiveAbout has more on the evolution of Robin’s costume.

Anatomy issues in superhero shows and movies has been kind of scarce for a while now since the continued evolution of superheroes and villains has continued to see more armor, greater explanations for less armor, and big advancements in filming methods and techniques that help to minimize as many flaws as possible and weed out any big costume malfunctions that might occur. As of late the biggest mentions of people in costume have been Black Widow’s apparently sexualized costume and America’s Ass as has been compiled by a fan that has a serious thing for Captain America. Batman and Robin have never had a huge issue with their costumes apart from this and, well, the bat nipples, which was a huge faux pas that a lot of people have thankfully forgotten about or at least put in the back of their minds. Simon Brew from Den of Geek! has more on this matter. As far as Robin goes his costume was given a serious upgrade when Chris O’Donnell took over since he became heavily armored and padded and didn’t show much of anything other than rippling, padded muscle. It’s fair to say that those handling the Batman story didn’t want a repeat of such a thing as a man bump that might have halted production until they could find a way to reduce it or make it just go away.

To think that Ward was actually subjected to this even for a few days is kind of hard to imagine since the general well-being of the actors is supposed to be paramount and a pill that can shrink the size of a person’s penis is surely going to do more than just this no matter how safe it was said to be. Thankfully Ward had enough foresight to fix the problem on his own and forego any possibly addiction to a pill that he didn’t want to take in the first place. Throughout his career he’s been proud to say that he’s never managed to fall into the drinking and drug scene that has plagued Hollywood. He’s had a good time with his life apparently and at best this was a memory that could possibly make a lot of people laugh since it’s been over and done with for so long.