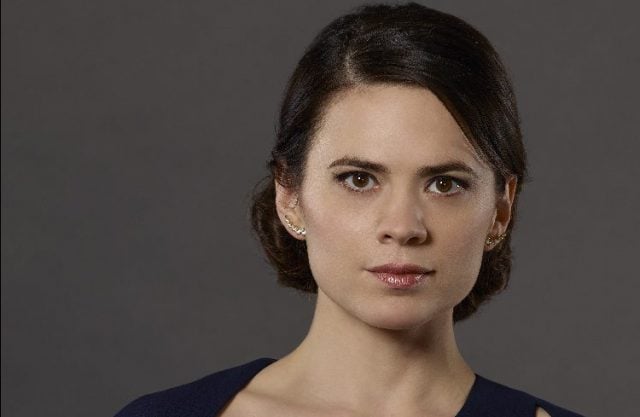 With CastleÂ now officially canceled, the Monday night slot at 10pm is now free. Â Maybe it’s because the heart ofÂ Castle really ended in season seven, but I found myself curious about the show that would be replacing it. It turns out that show is Conviction – which stars Hayley Atwell from the sadly canceled Â Agent Carter. Â  Here’s the story synopsis.

Lawyer and former First Daughter Hayes Morrison (Hayley Atwell, “Marvel’s Agent Carter”) is about to accept a job offered from her sexy nemesis, NY District Attorney Wayne Wallis, to avoid jail time for cocaine possession and avoid hurting her mother’s Senate campaign. Working with his team at the new Conviction Integrity Unit will let her use her brilliant mind to turn over cases where there is credible suspicion of wrongful conviction, and give her a chance to turn things around with her high-powered political family.

Let’s check out the trailer:

Having seen a bit more than just the trailer, I can tell you that the show has a very ensemble and that all of the characters definitely have something going on besides just working on this team! The show has a well-seasoned cast one that the synopsis has listed as starring, “in addition to Atwell.

Some of those shows do make me nervous about the direction that Conviction will be taking. Â I’m not a fan of Criminal Minds and the truly senseless violence level onÂ The FollowingÂ andÂ StalkerÂ was awful. However, there’s nothing like that in the bits of the pilot that I’ve seen. Â Some of it reminds me of Cold Case and The Closer, Â while the darker more intriguing elements are more about the politics than the cases – kind of like,Â The Good Wife.Â

Just from what’s in the trailer, I think the mother-daughter dynamic is going to be interesting. Â The cases also look solid. Â The way that they have to go over past evidence, is what reminds me of Cold Case. Â As for romance….I’m not sure what to think. Â All the men on this show are attractive, but it remains to be seen who they are as characters to see if anything sparks.

Conviction is a show I’ll be giving a shot come the fall. Â  Hayes Morrison is no Peggy Carter or Kate Beckett – but perhaps she’sÂ just a tad of Jessica Jones? Â However, for those Agent Carter fans out there, here’s a small consultation: you will get to see Hayley Atwell rocking some outfits in shades of red!