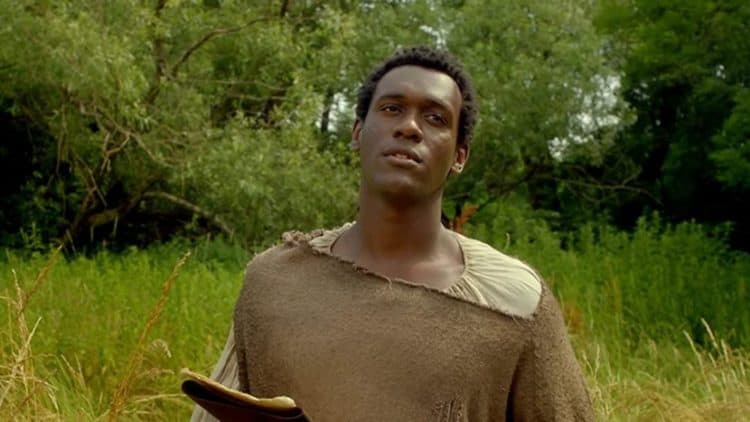 Abubakar Salim’s career has been a great example of what it’s like to have the best of both worlds. Abubakar has had a successful career as both an on screen actor and a voice actor. He is best-known for his role as Bayek in the Assassins Creed video game franchise. In addition to voicing the character, he has also done motion captures. As an on screen actor, Abubakar has appeared in several TV shows including Jamestown, Informer, and Fortitude. Not only is clear that Abubakar is very talented, but the hard work he’s put into perfecting his craft definitely hasn’t gone unnoticed. Keep reading for 10 things you didn’t know about Abubakar Salim.

1. He Studied At The London Academy Of Music And Dramatic Arts

Once Abubakar decided that acting was something he wanted to do at the professional level, he knew that he had to dedicate time and energy into sharpening his skills. He attended the London Academy Of Music And Dramatic Arts (LAMDA) where he received formal training. The school boasts a long list of notable alumni including Kim Cattrall and Donald Sutherland.

Abubakar’s question and answer session on Reddit may not have been an official AMA, but it served the same purpose. In a Reddit thread, he gave fans the chance to ask him anything they wanted and he was met with over 500 questions from his devoted fans.

3. He Has Been Involved With Other Video Games

His work on Assassin’s Creed may be his best-known video game role, but it’s not the only one he’s been a part of. In 2018, he voiced the character of Rohkan in World of Warcraft: Battle for Azeroth. He also voiced the guide in the 2019 game The Bradwell Conspiracy.

4. He Got Into Acting At A Young Age

Abubakar didn’t always envision himself becoming a professional actor, however, he did develop an interest in acting at an early age. During an interview with Games Industry Africa, he said that he started doing local theater pieces and by the time he was 16 he landed his first role.

5. He Has Kenyan Roots

Abubakar is British, but roots are Kenyan and he is very proud of that. He told Games Industry Africa, “My heritage, my sense of self, my upbringing FUELS my work and how I express myself. I’m a first-generation Brit, meaning my parents are both immigrants from Kenya. Even though I grew up in Britain, my parents instilled in me the importance of where we came from, and to me, I am so thankful for that connection and reminder. It’s definitely part of my identity and I feel blessed by it.”

Abubakar doesn’t just like to be in video games, he likes to play them as well. He has been playing video games since he was a kid continues to play today. In June 2020, he posted a picture of his very cool PC gaming set up. His love for the stories being told in gaming also tie into his love for acting.

7. He’s Been Nominated For A BAFTA

Some people may not see video game voice and motion acting as a legitimate craft, but Abubakar Salim is here to show the world otherwise. He’s gotten a lot of attention for his role as Bayek and he even earned a BAFTA nomination for his work with Assassin’s Creed.

8. He Started A Game Studio

Recently, Abubakar decided to take his love for video games to a new level. In March 2020, he announced via Twitter that he had officially launched his gaming studio, Silver Rain Games. During an interview he said, “”I’ve played so many games, I’ve been in games, I got into storytelling through games. So it just felt natural to start a games studio and create awesome content.”fa

Although Abubakar is a gamer, that doesn’t mean that he likes to just sit around all the time. He is also a very active person who enjoys staying healthy and fit. On top of working out at the gym, Abubakar also enjoys doing outdoor activities such as going hiking.

10. He Would Be Open To Reprising His Role As Bayek

Abubakar’s appearance in the 2018 game Discovery Tour by Assassin’s Creed: Ancient Egypt was the last time Bakey was in the series. Hopefully, though, it won’t be the last. During his question and answer session on Reddit, Abubakar said that he would be completely open to returning to the Assassin’s Creed franchise should the opportunity arise.