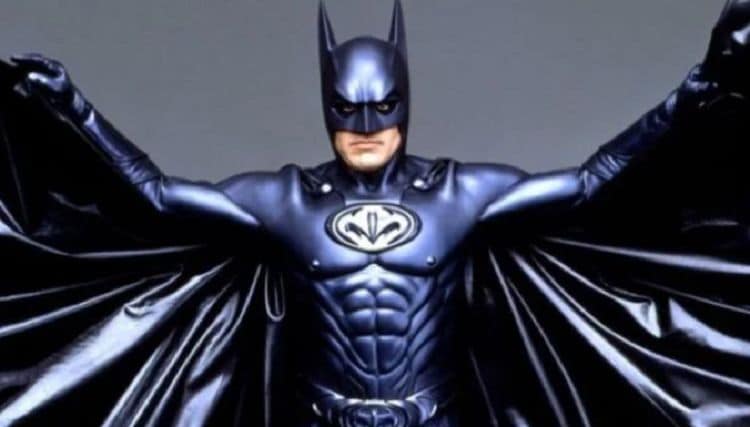 There’s not much shame in admitting that a role wasn’t right for an actor when even they can admit to it and realize that there’s nothing wrong with saying that it just wasn’t their best role, no matter what anyone says. The thing is, fans do tend to differ in opinion since they happen to like some actors in various roles and won’t be told otherwise since they want to believe that they’ve already built up in their minds. But plenty of actors can admit that simply didn’t like the experience or they didn’t feel that anything worked when they were on set and as much as fans want to say different, they’re convinced that the roles they took on were anything but necessary. There are of course many reasons why this might be the case since some movies just tanked from the beginning while others didn’t feel right to the actors and others were just done for a paycheck or perhaps because the actor owed something to somebody. Whatever the reason for making the movie, there are plenty of actors that have regrets about stepping into certain roles that either turned disastrous or just weren’t their favorite.

Here are a few actors that can openly admit that they weren’t happy with their roles.

When Gwyneth Paltrow speaks some people want to listen and some people want to roll their eyes and turn away since it’s a big wonder if she ever listens to herself. But her excuse for not being happy with the role she took in Shallow Hal is understandable since she had to wear a giant fat suit to complete the look of her bigger character. The gripe that she uses about the fact that clothing made for bigger women is horrible though is bound to get a lot of eyes rolling since quite a few people that have a problem with being heavy really don’t want to hear griping about clothing from people with smaller, manageable waistlines.

Emilia isn’t the only one that’s admitting that she wasn’t the right person for this role since the fans and the critics alike were all over this movie for a number of reasons, not the least of which was the fact that Sarah Connor is a role that has only ever been perfected by one woman and was in dire need of Linda Hamilton. It’s just a shame that Hamilton came back for a movie that turned out to be the absolute worst in the franchise according to many people, and that’s saying something since Genisys and Salvation drew the ire of critics and fans for a while before Dark Fate managed to show up.

There’s no shame in Clooney’s words when he states that Batman and Robin was not a great movie and that he wasn’t the guy for the role of Batman since he recognizes it and he owns it as one would hope. Since he did own it he does have all the right in the world to admit that nothing worked about this movie since the heroes, the villains, the city, the action scenes, all of it was too goofy even for a comic book vibe and kind of killed off interest in Batman for a little while, but thankfully not for good and not for long. The dark knight was getting a bit out of control until Christopher Nolan stepped in.

Mark is great at action and he’s good at drama, but this was kind of hard to watch in spots since it went off on a few tangents that were kind of confusing and didn’t really feel like his type of movie. A lot of people thought it was great and that he did a wonderful job but seriously, I would take Pain and Gain over this movie if only because it short, sweet, simple, and to the psychotic point where this movie kind of bounced around in a way that felt as though it should have been tucked away and left to be discovered years later as a hidden gem of sorts. But hey, that’s one person’s opinion.

It’s still amazing to think that a movie that made Pattinson so famous is one he wishes he’d never done since he came to hate the role of Edward Cullen no matter how many fans he had and no matter how many people loved the character. He’s been working for a while to get past Edward and it does feel as though he’s made a lot of headway at this point since he’s become a very talented actor over the years and has been showing us what he can do in a big way with movies like The Lighthouse.

When even the actors can admit that they weren’t the right person for the job one has to wonder just what the casting directors are thinking.