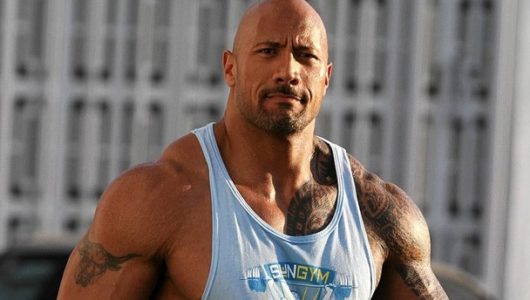 Steroid use comes with a lot of negative connotations at this time and has for quite a few years now, but learning that some of the most favored celebrities have used this in the past for a role or at times simply because they were curious is enough to stir controversy among a lot of fans. To be fair, controversy with the fans doesn’t take much anymore since a person could sneeze in the wrong direction and it might be considered a problem. But the idea with steroid use, especially among celebrities, is that it sends a negative message to their fans that the only way one can look like their favorite stars is to juice up and hit the gym for hours on end while injecting themselves with substances that might kill them in less than a decade. The thing is, a lot of these celebrities are still around and still kicking and it’s largely because they’ve either seen the error of their ways, which is definitely possible, or that, plus the pressure coming from fans and the desire to maintain a more positive public image, have made it necessary to actually put in the work and not bother with anything that might be seen as an illicit substance that gives them an unfair advantage. It’s an all-around mess when talking about performance-enhancing substances, but the fact is that some folks have used them in the past to create a more impressive image.

Here are a few celebrities that used steroids in the past.

It’s uncertain if Johnson has used steroids during his time in wrestling or for the movies, but while a lot of people don’t want to believe that he has, the actor has admitted he and a few buddies did use them when they were younger since they didn’t know what they were doing. During his time in the WWE it was widely believed that many wrestlers were still doping, but whether this was happening or not is hard to say since the WWE is very hush-hush about the whole matter as they’re not supposed to do this and could find themselves in a world of trouble if any of their wrestlers were found using steroids.

There hasn’t really been any doubt in the minds of many people when it comes to Sly’s use of steroids during various roles in his time as a celebrity since the guy has been absolutely jacked for so many of his roles. No one wants to think that their favorite celebrity is juicing, and a lot of people don’t care so long as the stars look impressive and fit the mold that people expect when it comes to action heroes. Even the argument that they’re setting a bad example is suspect since people tend to state that fans should learn to think for themselves and not follow celebrities so much when it comes to making decisions that could affect their health.

Mickey Rourke has been kind of a controversial character over the years so it’s not too hard to believe that he would do something like this for a movie. His time in The Wrestler apparently inspired him to take steroids to look bigger and more impressive. The problem is that it simply made him look haggard and worn out, which of course was a big part of the role since he was a worn-out wrestler that was just barely making ends meet. But the excuse that he used them because he wanted to do what the wrestlers did and be as authentic about it as possible is one of the more inane things that any actor has ever said.

It sounds like a joke to say this, right? But anyone with even a brief history of Sheen’s career in hand ought to know that if there’s a drug out there to try then Charlie’s probably considered it at least if he hasn’t done it. But in this case, he was taking steroids during the filming of Major League to get his fastball up to speed, which is kind of silly in retrospect but still happened. To be fair though, he did get off them after the movie was done filming.

Steroids definitely have a bad reputation, but unless they become a serious problem, most celebrities appear to be able to simply shrug off any negative effects that might seek to ruin their reputation.