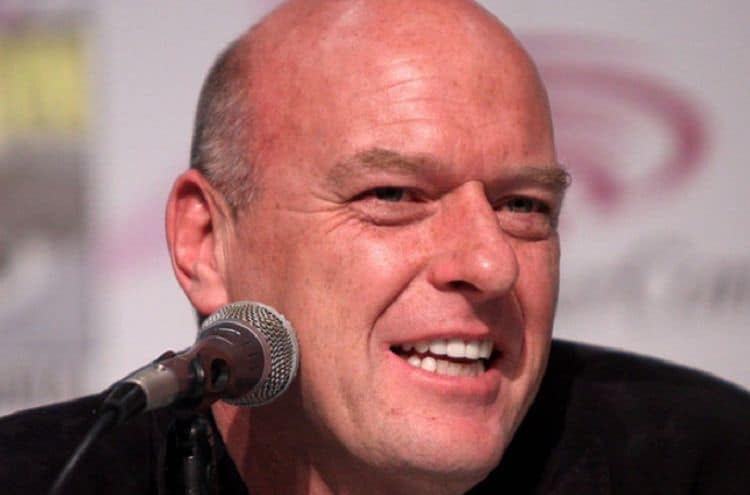 Some actors just look old to start with and slowly but surely start to step into their age as the years go by, developing the expected spots, lines, and wrinkles. But up until that moment they still appear to be far older than they are for one reason or another. Some people lead hard lives, others tend to just be born with the looks they have for some reason, but there have been plenty of actors that have appeared to age quickly and then stop for a while as the years finally catch up to them after a while. It’s a weird concept to think that some people might just be born looking older than they are, and it’s a little creepy really since it would indicate that something within their internal clock must have slipped a gear. But the truth of it is that some of these people have been around for a while and no matter what kind of life they’ve had, this is just how they look, and how their genetic makeup has determined they’re bound to look no matter what they do. Obviously, there are techniques and methods that exist for de-aging a person or at least making them look younger, but if they’ve been used on those below then there are just some folks that aren’t bound to benefit from such methods.

Here are a few actors that have looked older than they are for years.

Age has definitely started to settle in when it comes to the famed Star Trek actor, but if you go back and look at a lot of his earlier roles you’ll see he looked nothing like Tom Hardy from Star Trek: Nemesis and that he’s had the same look for a very long time since even back in Excalibur and before this he was more or less the same individual that looked somehow older than what he actually was. That hasn’t diminished his talents in any way to be certain, but the fact is that he really hasn’t changed his look in quite a while, apart from adding a few wrinkles and getting a bit slower as age takes hold.

A lot of people might not know him by name unless they’re big Breaking Bad fans, since even during his role in Scarface with Al Pacino he was one of the lesser-known actors no matter that his role was fairly important. Does anyone remember? He was the guy that was shot while trying to detonate a bomb stuck to the bottom of a certain speaker’s car that had his wife and two daughters in it at the time. Say what you want about Tony Montana since most of it would be true, but somehow the hardened gangster/drug kingpin had a set of morals that he wasn’t willing to break for anyone.

One could argue that James Hong was born looking old since the guy’s look has hardly changed in decades, despite the fact that yes, he is getting older. But for one reason or another, it doesn’t feel as though much has changed, but many people might comment that this is a positive thing since James has been one of the many Asian actors that people fully enjoy since he plays such interesting characters. From Lo Pan to Master Wong in Balls of Fury, he’s been little more than hilarious in a lot of movies, but he’s shown that he has the capability of being a serious actor as well, which is why he’s great since he’s so versatile.

If anyone wanted to argue about a conspiracy having to do with de-aging software being available decades earlier then Michael Douglas might be a prime candidate to use in favor of that argument since the guy has aged so gradually that like a few others it feels as though he’s finally caught up to himself in age. Yeah, that might not have made a lot of sense, but it sounded amusing since the truth is that he’s looked fairly old for years, and yet it’s just in the recent decade that he’s really looked his age. Something these actors are doing must be working since a lot of them are older than people would have guessed.

It’s odd how some men can go bald and still look fairly young despite being older than people think. But Dean has looked older in a few appearances throughout the last couple of decades, and only now when the lines and wrinkles are starting to settle in does he really appear as someone his age. He’s been a pretty good supporting actor to a lot of big names, as he’s starred alongside some of Hollywood’s best. But something about the guy just made him look older than he was at the time for some reason.