Home
Comics
Adamantium Vs Vibranium: Which One is Better? 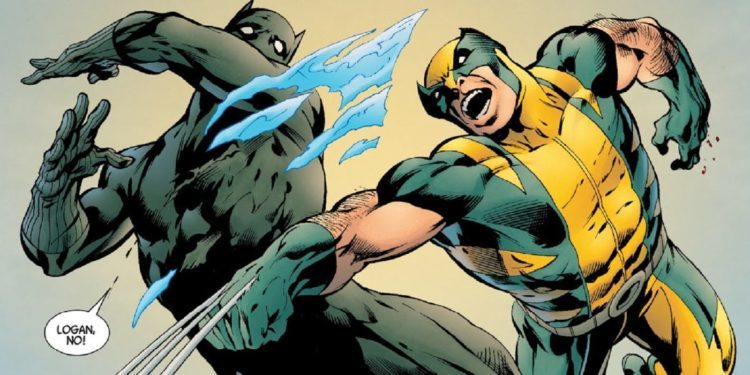 The Marvel universe is famous for its fictional settings, its characters and their histories, and their fictional takes on concepts like aliens battling gods and demigods. And Marvel universe has also invested super soldiers in its own history, like Captain America, an ordinary soldier who was bathed in a chemical solution to make a frail individual into an athlete whose level far exceeded any other. However, for a long time, there has been a question: what is the strongest metal on Earth in the Marvel universe, is it vibranium or adamantium?

The debate has been going on for a long time, and there seems to be no actual answer to it as yet, seeing as how both metals have been pitted against each other by characters with completely different goals. For now, we shall have a look at what the metals are and their origins, and hopefully, we will tell which is cooler.

In the Black Panther film, the costume the main title hero wears is not some type of advanced cloth or material designed by the US government, it is actually made from a special ore which came from space in a meteor which crash-landed in the fictional African country of Wakanda. Vibranium gets its name simply because it absorbs any kind of vibration or kinetic energy into itself, making the metal much harder to destroy as the energy is being stored in the molecules. Vibranium is incredibly hard to find anywhere else, but it is often thought the metal in some continuities is the metal that Captain America’s shield is made from.

In the movie, the metal is what allowed Black Panther to perform the incredible stunts seen in Captain America: Civil War and Black Panther movies. Made from a vibranium mesh, the costume absorbs every and all impact, allowing the Black Panther to fall from great heights without injuring himself, and it also makes him bulletproof.

Confusingly there are two types of vibranium, which makes the Adamantium vs Vibranium debate harder to work on, but Stan Lee liked to use certain words over and over again in his work, but in Daredevil #13, the first metal referred to as vibranium, was found in the Savage Land, Marvel’s answer to Arthur Conan Doyle’s “The Lost World.” In the story, a metal vibrated and caused the metal to in turn destroy itself. A year later, the Fantastic Four encountered the Wakanda version of the metal, and it has been accepted widely as the real vibranium. The Savage Land version is just called “anti-metal.”

One of the first major differences we can be clear on in the debate of “Adamantium vs. Vibranium” is vibranium is a natural ore, Adamantium is not. Its first appearance was in The Avengers # 66. Thought of as the most durable metal in the Marvel universe, adamantium is more durable than vibranium, which makes things more confusing. Some sources state Captain America’s shield is made out of vibranium, but an alloy of vibranium and a steel alloy that could very well be adamantium which is why it is so strong and durable. However, when Captain America was first introduced, the creators of the character didn’t think about making it indestructible. It could be damaged, it was dented once but it wasn’t until the late 1960s the shield was considered indestructible. It isn’t made from adamantium, but it is close.

Indeed, a Marvel scientist Dr Maclain tried to experiment with vibranium in the hopes of coming up with an alloy of steel and vibranium in the hopes of introducing the properties of the extraterrestrial metal ore with steel to make it more durable. It didn’t work, but it did lead towards adamantium. When it was first developed, it quickly found its way into the Weapons X program where it went on to be used in the experiment to bond metal to a human skeleton. Virtually indestructible and incredibly dense, and can survive multiple nuclear blasts, it can cut through anything.

Adamantium is made through a steel alloy and vibranium and mixed together and kept hot in a melted state when it is set it becomes indestructible. Once it is hard and stable, adamantium cannot be manipulated. Like vibranium, there seem to be two versions of the substance, one of which is not entirely durable since the Hulk was able to wrap character Blaastar in a wall made of it.

While vibranium is capable of absorbing large quantities of energy into itself, there is a limit. The fictional Marvel industrial company Roxxon Corporation bombed a vibranium containing island. The metal naturally absorbed the energy released by the explosive force, but it was too much – the metal broke apart but left the surrounding country intact. Adamantium is more durable, but it can be destroyed when it is super-heated at extremely high temperatures, but the metal cannot be reduced to its building block components.

Both metals have their perks and their weaknesses, but while vibranium seems to be more durable out of the two since it absorbs energy and uses it to become stronger though it has limits, adamantium is denser. While it doesn’t exactly come close to holding a candle to Captain America’s shield even if the shield is half vibranium, or Wolverine’s claws, its properties more than make up for it.

However adamantium seems to be the better out of the two of them – it is more dense, stronger, it can resist a nuclear blast (or multiple blasts, as mentioned above), though it does have vibranium qualities, who knows? Maybe in the future, another vibranium-ore carrying meteor will crash-land on Earth at some point, and a new form of vibranium will appear? In the meantime, the strongest out of the two, despite the close connection between them, has to be adamantium.