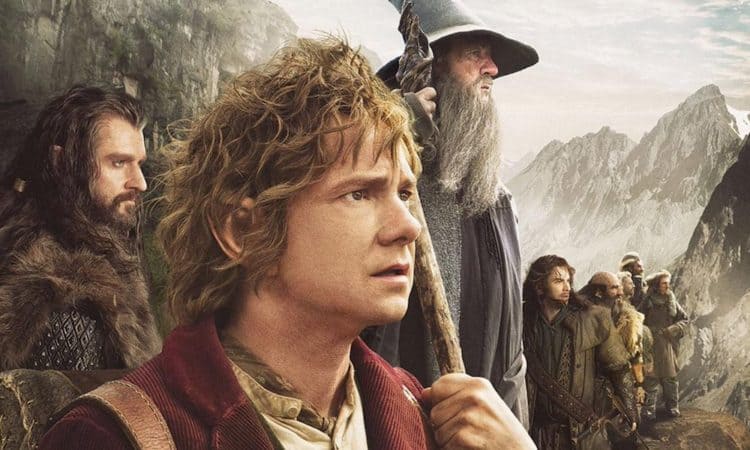 Between The Lord of the Rings and the Hobbit movies one has to imagine that there’s still a lot to Middle Earth to be discovered and judging by what we’ve seen there could be a number of spinoffs that would explore this reality. Christopher Gates from Looper made it known that Tolkien did in fact write a spinoff novel from the LOTR that is more of a prequel but still takes place in the same realm. Seeing a movie or two, or more, or even a TV series that takes off of the original story would be even better since it’s possible that many, MANY questions that fans have might finally be answered. If nothing else it would allow us to enjoy our favorite characters again if only for a little while and finally get some answers to questions that have been burning in the back of our minds since the first trilogy came to the big screen.

Here are just a few spinoff ideas that might be feasible if someone decided to take them on.

5. The History of Middle Earth

This seems like it would be a large project and a lot to take on since the history of Middle Earth is pretty extensive, not to mention rather detailed. But as a TV series it seems as though it might works since if fans were truly interested it could last for several seasons and explore a great number of stories across a wide swath of history that takes place throughout many different lands. If someone could find a way to make it interesting and keep the fans coming back for more then it would be a worthwhile project.

Up until the Hobbit series the dwarves weren’t a big part of the LOTR story apart from Gimli. It’s true that they did visit Moria and found everyone dead, but that couldn’t have been the end of the dwarves altogether could it? Elrond even said that they’d holed up in their mountain, but that couldn’t have possibly been the last line of dwarves since Gimli came from his own clan. Yet for all that they didn’t see fit to turn out for the final war against Sauron, even though they were more than ready to turn up during the Battle of the Five Armies and cause a bit of chaos. Perhaps a story detailing their involvement, or lack thereof, would be of interest.

3. The Forging of the rings

Obviously this was covered briefly in the beginning of the first movie but it would be great to see this expanded and given a little more of a story line so as to flesh it out and help people understand just why the elves were allowed to keep their rings, how the dwarves dealt with theirs, and how quickly the humans fell to the power of Sauron. By delving deeper into this particular part of the story it seems that it would explain the ring wraiths a little better and once again shine a light on the dwarves, who are somehow quite absent throughout much of the story except for Gimli and a couple others.

Being able to see how Aragorn got his start and how he transitioned into a ranger would be a very interesting story since in the movie he’s at what you would call epic level as he’s able to do things and take on the kind of opponents that would otherwise slaughter any enemy in front of them. To see how he became such an awesome ranger and fighter would be something that many fans would love to see since it would explain his beginnings and why he pushed away any chance that he might one day make up for his ancestor’s mistake. If you remember correctly he is the heir of Isuldur and was constantly worrying that he would make the same poor choices.

Shawn Schuster from Engadget gives us a bit of look at Gandalf and how he came to be a big part of the LOTR story. Gandalf, for many people, has simply been there for as long as anyone can remember and has been the old man they see for just as long since he’s one of five wizards that exist upon Middle Earth. Yet for all that many people don’t know that much about him other than what’s been written in the books and what’s to be seen on the screen. Learning more about him, such as his origin and why he’s so intent upon the hobbits, would be something that might round out his character just a little more for a lot people.

Quite honestly it would be fun just to see anything from the LOTR saga that was cast as a spinoff just because it would bring the world of Tolkien back for a short time for the people to enjoy.