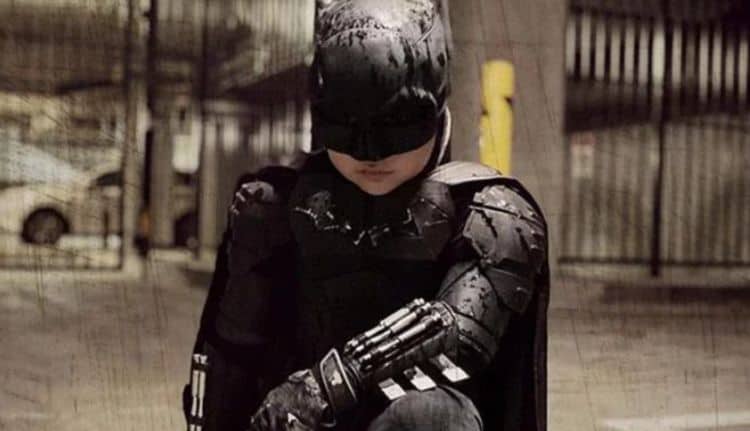 This proves that you’re never too old or too young to get into cosplay since anyone that wants to dress up should be encouraged at times, so long as it’s for fun or for some purpose though since otherwise, teaching a kid to go into a job interview dressed as Batman might be awkward unless the job requires this kind of getup. Anyway, the whole idea of this that Logan Winter Dominic was given a chance to dress up as a favored hero, and had his look modeled after Robert Pattinson’s Batman going by the look of the suit. A lot of people are moving on to Pattinson’s look at this point when it comes to Batman but many are still clinging to the looks they favor since to be fair, the batsuit has been changed pretty frequently and it’s even changed within the movies at times since Batman and Robin saw a suit change, so did Batman Forever, as did Batman vs. Superman: Dawn of Justice. But modeling the suit after the latest version of the character is apparently what was wanted and that’s what Logan got since the detail on this suit looks fantastic, and it’s easy to think that if he had been allowed to attend a Comic-Con that he would have been one of the best-dressed characters there.

It is a bit humorous since a kid named Logan is dressing up as Batman. If you’re not getting it, Logan is the name given to the hero Wolverine, even though his name was later on found out to be James Howlett, he’s gone by Logan for many years. So imagine a kid that’s named Logan dressing up as Batman and maybe you’ll get a little chuckle, or maybe I need to get a life. But there’s a lot of respect to be given to Logan’s father for this outfit and to Logan for being able to rock it so well since he does look like a miniature version of Pattinson’s Batman, and in other pictures, he even looks just about as goth as Pattinson managed to get for the trailer. From the look that Pattinson’s character has it almost feels that we’re going back a few decades to see how the Batman really started out, and to be honest that’s the feeling that the movie is giving anyway since it’s distancing itself from the current DC universe almost entirely and taking on a new version of the dark knight that isn’t completely different but feels a little more old school in some ways since it’s not quite as streamlined as the entries of the past few decades have been. This actually feels like a guy that’s just starting out and putting together his arsenal as he goes.

We won’t be seeing The Batman for a while to come since COVID-19 has been wreaking havoc with a lot of productions this year and it’s likely that the protocols will remain in place for a while to come since the pandemic isn’t just up and going away that quickly. Even the Comic-Cons have been suffering this year since gathering in large groups in enclosed spaces, no matter how big they might be, is being frowned upon heavily. But it’s pretty cool that Logan’s dad decided to help him with this costume, and it came out great. The Batman is likely going to be a sight for sore eyes when it finally comes to the theaters, whenever that’s really going to happen, but until then it’s likely that we’re going to keep talking about it and people are going to keep showing their appreciation for the upcoming movie as much as possible since the show must go on after all, and it’s bound to do so no matter how it has to happen. What’s really kind of sad about this is that by the time Logan and his family get to see the movie along with everyone else it’s very possible that he’ll have outgrown this outfit and might need to make another one. The Batman was actually slated to come out much sooner until the coronavirus came to town and started mucking about with everyone’s life, but as of now people are going to be waiting in anticipation for the movie, and it feels safe to say that they’re going to be excited the moment that filming is done and the movie is ready to move forward.

So far from the trailer that’s been released, it does feel that this Batman movie will be a lot more serious than anything that’s come along in a while, and it might even top the Nolan trilogy for the level of disturbing that it goes to, since what was seen at this point is that the story is going to be pretty dark. In the meantime, fans such as Logan are going to be repping the Batman as much as they can be, and doing a smashing job of it.