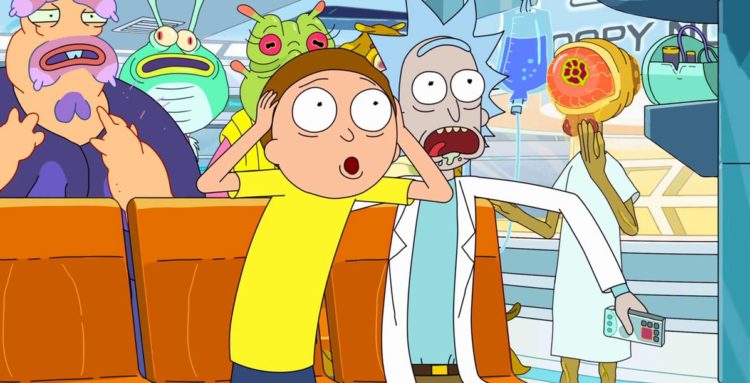 Adult Swim has seemed at this point to be its own channel no matter that it’s been a part of the late-night programming on Cartoon Network. That seems like it’s about to change though, but it’s only going to apply if you’re Canadian or happen to spend a lot of time north of the border. As it’s been reported, Corus Entertainment, a Canadian media company, is now launching an Adult Swim-only channel that will premier on April 1st. Apparently this channel is going to be 24 hours of Adult Swim every day all day and has spun out of a long-term relationship with Turner Broadcasting, which recently was merged with Warner Media. It sounds as though Adult Swim will be replacing the Corus network Action, at least for as long as it might seem like the change might been as beneficial.

The channel will be able to retain all the favorite shows that people watching Adult Swim have been used to seeing for so long and it will maintain the unique voice of the brand. You can imagine that people in Canada are going to be quite excited if they’re fans of the network and will be anticipating the switch since Adult Swim is at this time one of the more popular networks on TV. Despite the fact that it’s on so late a lot of people in the US have managed to create a serious buzz about the network and have taken to creating the kind of fan base that has made some of the craziest shows insanely popular. Rick and Morty, one of the flagship shows of the network, has definitely done a lot to create the idea that Adult Swim is a very viable and popular network that is worth noticing. They’re one among many but let’s face it, they’re the one that’s been talked about the most within the last couple of years.

Something about the show simply seems to appeal to people in a way that’s hard for some of us to understand but at the same time is still hard to deny. The craziness of this network, and it is in fact pretty nuts, is perfectly embodied in this show since it seems to take very last little ounce of chaos and presents it in a way that has had people tuning in to stare at the screen for as long as it takes to absorb every last little bit of the show that they can in order to let it burn into their retinas and become something they can no longer do without. That sounds a little nuts, but for those that either don’t like the show or possibly don’t get it that is exactly what it feels like after watching about five minutes of the show.

The fact that Adult Swim is going to be available 24/7 in Canada is kind of funny, but it might also be that in the US there’s just not enough room, since it would seem that demand isn’t much of a problem. The number of fans that the various shows on Adult Swim have are legion in the USA as it’s been seen, though it would seem that there must be just as many in Canada since people are already excited about this and are likely counting the days already. One has to wonder if they’re going to go as nuts over the ‘Mulan’ sauce that Rick made such a big stink about in recent years. Anyone happen to think that people are going to start acting particularly nutty up in Canada because of this? It might not happen, in fact it might be that Canada will simply receive the network and be grateful for it. Of course those in the US are likely going to be petitioning for the same thing eventually, you have to think that it’s coming eventually. People see one person getting something and it’s logical that they’re going to want it and will find a way to get it.

So far though it wouldn’t seem that anything is really going to come from this in the US as Adult Swim will be kept the way it is. In truth it’s kind of a small matter to many people and some might have to be informed of what Adult Swim even is. But for those that are fans this is big news of the sort that might make some happy and some kind of, well, not so much sad but maybe envious. For the rest of us it might just make us roll our eyes and wonder over whether or not Canada is going to keep the network this way for some time to come or if it’s going to realize that a lot of something was normally dished out in small doses isn’t really the answer.