Home
Entertainment
After All That, Lori Loughlin Settles and the World Can Return to Normal 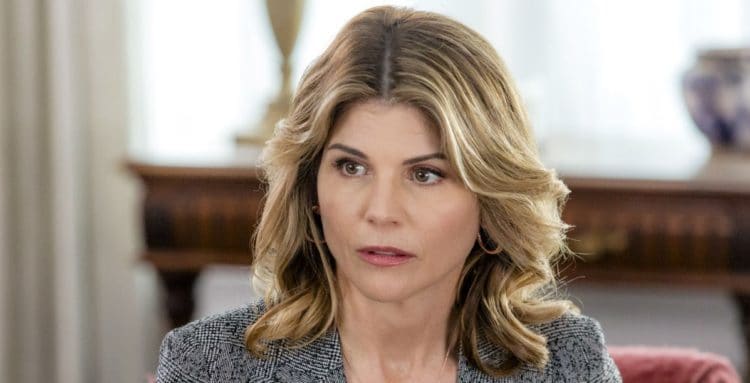 If you’re laughing at the prospect of Lori Loughlin and her husband Mossimo Giannulli finally owning up to their guilt over the college bribery scandal then good for you, you’ve got a sense of humor and are probably happy to see a conclusion to this mess. From being one of America’s most loved TV aunts to being raked over the coals that she and her husband failed to notice in time, Loughlin has taken a serious beating during the past year after it was discovered that the two were attempting to get their daughter into college using money as their preferred method of admission rather than merit or, y’know, making her EARN anything. Funny enough Lori’s daughter received a great deal of sympathy despite her own admission that she simply wanted to go to college to party and didn’t care much about the academics. That’s the future of Hollywood right there, party all night and maybe crack open a book when they feel like it. Thankfully that’s not the truth for everyone, but the fact that the child of a celebrity would actually admit as much online is kind of telling when it comes to the level parenting that Loughlin and Giannulli believed in. In any case, as Jeremy Dick of TVWeb has announced along with many others, Loughlin and Giannulli are now pleading guilty, rather than being tried by a jury. Ever notice how quickly people are willing to take responsibility when it’s about to be taken out of their hands? Yes, laugh, not so much to be cruel, but because the idea of Loughlin and Giannulli leaning towards the least expensive and time-consuming punishment is amusing considering that they might have foregone a lot of this had they followed Felicity Huffman’s example months ago. Remember? She was done with her ‘punishment’ by October, and has been working to keep it in the rear view.

The sad reality of this case is that had they not been caught, Loughlin and Giannulli would have passed on the idea that there’s no need to learn or earn anything so long as you have the money to make it all go away. They wouldn’t have been a bit sorry for anything since really, they wouldn’t have had to apologize to anyone or lose anything in the process. That’s the sad fact of the world we live in, if a person can hide it or blanket a wrongdoing with money and keep from being caught in the act it will likely go away and never be noticed by anyone. Only when someone is caught doing something wrong will they finally show remorse, professing to be sorry since they knew what they did was wrong and that they weren’t thinking clearly at the moment. Of course if that’s the excuse then the temporary insanity defense might work as well since in all fairness, who in the world pays for their kid’s college tuition without thinking out every little step in a reasonable and realistic fashion? They got caught trying to give their daughter a college education that many others had to earn rightfully and with a great deal of personal sacrifice, and as a result they’re sorry because they were all too aware of what the backlash would be. Lisa Respers France of CNN had more to say on the topic. Whether Loughlin thought that she would lose her reputation as an actress is hard to say, but obviously she’s not that great if she couldn’t convince enough people that she was truly sorry for what she did. It’s also obvious that she’s not all that convincing at acting if she didn’t want to take her chance in front of a jury, as she decided to take a plea deal to keep from having to place her fate in the hands of those that might carry a serious desire to see her face the kind of justice that a lot of people on social media have been clambering for.

Everyone’s idea of morality when it comes to college is bound to be different, just as everyone’s view of college is bound to be different, but the point here is that cheating the system when so many are going into debt to get the kind of education that she was willing to GIVE to her daughter much in the same manner that some parents hand their kids a snack is an insult to a lot of folks. For those that believe in education and in the idea of actually earning your way into any college, Lori and Mossimo’s actions were abhorrent largely because like too many others they were attempting to cheapen the college experience, which to some is a very serious and well-earned life that they tend to treasure and value in a big way. It’s even funnier that their daughter only had to suffer a blow to her reputation that has likely been forgotten by now. Julius Young of Fox News has more on this subject.