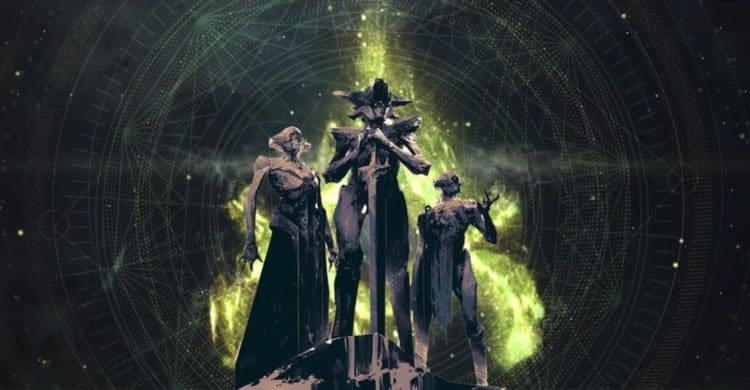 After the unfortunate delay of Destiny 2: Beyond Light, Bungie was forced to extend the Season of Arrivals by quite a large margin. Season of Arrivals began on July 9, 2020, promptly after Season of the Worthy (we don’t talk about Season of the Worthy) ended, and lasted all the way until November 10, when Beyond Light launched and Season of the Hunt began. We are now going into the next expansion of Destiny 2, “The Witch Queen,” and this will mark the first time that we will not see a Destiny expansion in the Fall, but instead The Witch Queen will release in early 2022. With this delay comes a question: will Bungie give us another season to hold us over in the meantime, or will they extend Season 15 as they did with Season of Arrivals?

So, let’s start off with a little bit of background on Season of Arrivals. Season of Arrivals was the season that led up to the release of Beyond Light and gave us a “quick” tease at the Darkness and served as a bit of a prologue to the Darkness invasion, before all of the vaulted destinations got removed from the game. It was supposed to end in September, but Beyond Light was delayed until November 2021, and so Bungie ultimately made the decision to extend Season of Arrivals, rather than end the season early, or give us a half-baked quick season in the meantime. This led to a lot of burnout from a lot of players, especially because there wasn’t really any new content that came with Season of Arrivals – I mean, the seasonal activity was literally a public event. There was a brand new Dungeon (Prophecy) added, and it was – and still is – a really cool Dungeon that also tied into the story of the season, but after months of running the same Dungeon over and over again, it did get boring pretty quickly. There wasn’t really anything in Season of Arrivals that you could grind after a while except for your Season Pass – I ended up at over Season Pass Rank 500 and I’m still disgusted with myself at how much bounty farming I did in Season of Arrivals).

We don’t know what Season 15 of Destiny 2 will be called (we still have a long ways to go in Season of the Splicer), so for now it’s just going to be called Season 15. So, what is going to happen with Season 15? Well, I’m almost certain that Bungie will do what they did with Season of Arrivals and just extend the season rather than opting for a bonus season that would bridge the gap between the end of Season 15 and the launch of The Witch Queen. Why do I think that Bungie is going to extend Season 15? Well, I’m sure that there’s a huge part of the team working on Destiny 2 – if not the entire team – is hard at work developing The Witch Queen, so I don’t think that there would really be enough of a focus on building a new season, which is absolutely a good thing. I think that because Bungie delayed The Witch Queen, they would be focusing all of their efforts on the next expansion, rather than a placeholder season.

However, I do think that there is still a chance that since Bungie delayed The Witch Queen so early, they could have been using that time to develop another season alongside development of The Witch Queen. Season 15 is currently set to end on August 24, and with The Witch Queen set to debut in “early 2022” it’s going to be a rough time period for Destiny 2 players either way. Paul Tassi brings up a good point in his article talking about this topic as well: “Now, one obvious suggested ‘solution’ here would be to simply add another season. But ‘simply’ is doing a lot of work there, as you can’t just…slip another season in there, both in terms of the work it takes to create another season (manpower which should be going toward Witch Queen), and in terms of the potential story beats the currently arranged format is probably going to hit in the run-up to the Witch Queen.” I agree with Paul entirely, and the potential story repercussions are not something that I initially took into consideration. If Bungie does develop a new season to tide players over for The Witch Queen, that means that the entire story composition leading up to The Witch Queen will be thrown off course.

I don’t know what Bungie will end up doing, I just hope that they don’t extend Season of the Splicer with no new content.