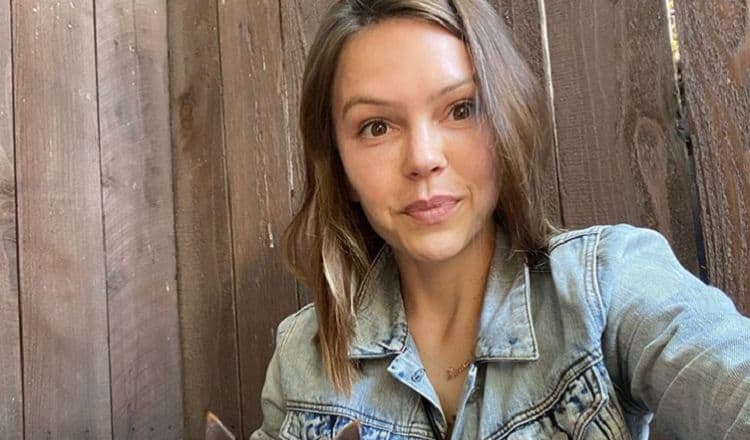 You know her best from the hit show “Friday Night Lights,” but it’s not her only work as an actress. It might be our favorite, but Aimee Teegarden has been around the Hollywood game for some time now. She’s done a lot in her time, including starring as a guest in some of the best televisions shows around. But, what do people really know about the actress? We often find that with an actor or actress who plays a role for so long that’s so famous, we kind of just imagine that they are the character. Aimee Teegarden is not Julie Taylor from FNL, though we forget that. It’s time we get to know her as a person.

Not just any California girl, either. She’s an LA native, kind of. She’s from a place called Downey, which is a suburb of Los Angeles. She was born there, and she was raised there. This is not something you find that often anymore, so it’s cool for us to find people who were born and raised in the area.

2. She Didn’t Do the Traditional School Thing

She’s not just been a model, either. She’s been a model for some of the most famous brands in the world. She’s modeled for campaigns like Old Navy, Hollister, and even Tommy Hilfiger. Those are some pretty amazing situations, and she’s been very fortunate in her modeling career.

She’s made the personal decision to live her life as a vegan. She eats nothing that comes from animals, and that’s working out well for her. She’s got a very strict diet, and we imagine that it’s not always easy for her to go out and find things to order in public that really do work with her diet, but we think that the world is changing so much that this might be getting easier every day.

During her free time, she likes to give back to the world around her. She’s a big advocate for PETA as well as Oceana. She’s also been giving back to Jobs Daughter’s Downey Bethel for many years, and she has always spoken highly of this organization to those who are willing to listen to her. It’s a community outreach program that allows people who are less fortunate as well as projects that help the community.

When she’s not busy acting and volunteering her time, she’s busy with things like taking care of her dog. She has a dog called Mizz Gizmo, who is now 15. That’s a lot of years for a dog, but she’s the cutest little thing. You can see more photos of her on Instagram.

7. She Wants People to Put Down Their Phones While Driving

Back in January 2020, she was hit by a car while she was crossing a crosswalk. She posted a photo of her injuries on her Instagram feed and asked people to please put down their phones and pay attention to the road. We have to agree with her on this one, and we also have to assume the person who hit her did not have the right of way and was using their phone at the time.

8. She Loves to Travel

Many of the photos she shares on her social media channels are all about her in various places in the world. She’s been to so many, and it’s clear to us she really does love to travel. It is such a freeing thing, and we all miss being able to pick up and go where we want.

She turned 30 in 2019, and she’s fully embracing it. She’s happy with it. She’s in love with her life. She’s doing what she wants, and she’s living her dreams. She’s also asking all of the people who follow her social media pages to not waste any time. Don’t live in the past, don’t live in the future, and don’t be afraid to be okay with where you are. As someone who turns 37 soon, I’ll assure you that this is definitely the best decade.

We are going to go out on a limb and assume this one, but you’ll see why if you take a moment to peruse her social media accounts. She’s a happy woman who is living her best life, but she seems genuinely filled with joy. We love that. We think everyone should adopt that attitude.