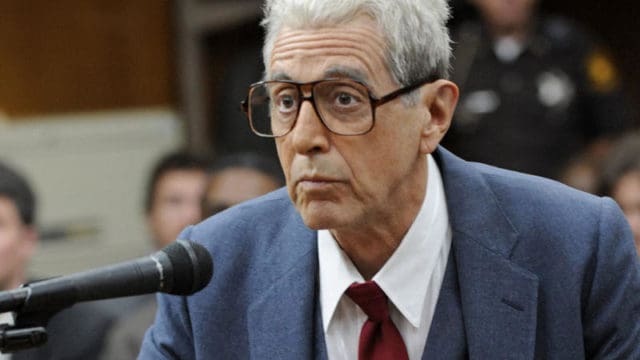 Al Pacino is getting some big praise for his portrayal of former coach Joe Paterno. The beleaguered former coach of Penn State went through wringer back in the day when it was discovered that his defensive coordinator Jerry Sandusky was involved in a child abuse scandal that had been taking place on campus. Paterno did everything he could to make people understand that he had nothing to do with it and had no idea of what was going on, but to this day many people would choose not to believe it. In some ways it’s hard to imagine just how a person that was so close to him could get away with so much for so long without being caught. Pacino has admittedly been doing his best to understand and empathize with the man, as many attempted to get him reinstated to his position as head coach of Penn State but to no avail.

At one point it was determined that Paterno had been hindering the investigation into the child sex abuse scandal and had even gone so far as to convince the college to not hand Sandusky over to the police. As an added punishment for his implication in the matter all of his wins from 1998 to 2011 were erased from the record, but they were reinstated later on. The saddest part about this mess is that even though he leaves a legacy behind, Paterno’s name is going to go down in infamy as well as history since this mess made certain that not even his statue would remain on the grounds. At this point it’s being kept in a secure storage space within the stadium so as to keep it from being vandalized by anyone that might wish to soil what’s left of the coach’s name. It’s troubling really that such a thing would happen, but it’s also hard to know where to stand unless one is solid in their convictions.

The Paterno family has fought long and hard to clear Joe’s name, but has been fighting an uphill battle since public opinion is quite strong most times and will often dictate how a person is known throughout history. They even went so far as to critique the report that was created based on the findings of an in-depth search into the matters that were found to exist between Paterno, Sandusky, and the university. The report stood as it was despite their claims that it was erroneous in its findings as their personal bias was not allowed to be taken into account. That’s the inherent trouble with standing up for family whether they are professionals or not in the fields that are required for such a defense. The personal bias is a conflict of interest that normally will not allow anyone to defend their family from public opinion in a legal sense without some sort of ramification.

There’s not a lot of doubt that Paterno’s legacy at Penn State will continue to be remembered as he was one of the most successful coaches ever, but it’s going to be soiled forever by this matter.