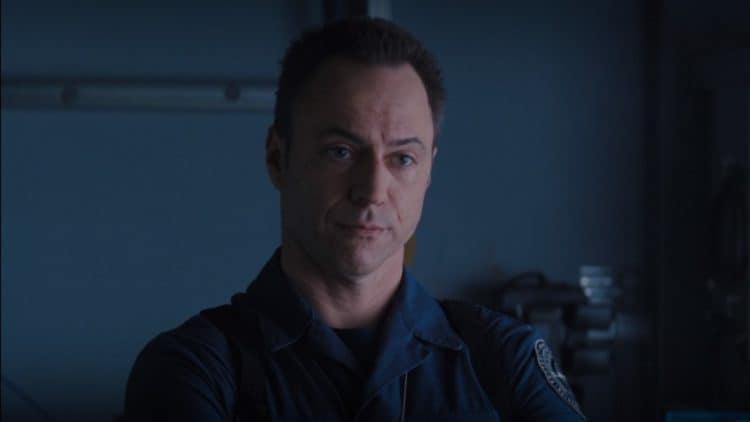 Do you know the name Alan Heckner? He’s a man of what appears to be many talents as he has managed to work on many projects in Hollywood, yet he’s also able to keep his personal life as close to the vest as possible. There’s not much about him in the media, which is absolutely not a bad thing for him and his life. He’s able to live his life as he pleases, and he has one of those faces you recognize on television but might not recognize so quickly when you walk down the street. It makes us even more curious about him, and we are determined to learn more.

He’s been in many things, too. He had a role in “The Mule,” in 2018. He played in “Richard Jewell,” in 2019. He was in “Doom Patrol,” the same year. He’s been around the block a time or two, and he’s worked on some big projects, yet his fans know next to nothing about the talented actor.

One thing we did find about this handsome actor is that he’s very well educated in the arts. He obtained his BFA in Acting by attending school in New York. He’s an NYU graduate, but not just any NYU graduate. He attended the New York University Tisch School of the Arts, which is notoriously difficult to gain admission into.

He’s not always his own stunt man, but he did perform his own stunt work when he starred in the hit movie “15:17 to Paris,” and he did a darn good job of it. He was talented enough in the role, but he was beyond capable of doing his own stunts and showing us his entire range in the film. It was nothing short of impressive.

4. He’s Had Roles in Everything

He’s a man who absolutely gets the job done, and he’s been in so many of the best shows – even though he may not have had a starring role in them. He had parts in shows like “The Walking Dead,” “Army Wives,” and even “The Originals,” and those were huge shows with a cult following.

Sometimes you take a role that is just so small you don’t even get credit in the role, and that’s a problem for some. For Alan Heckner, though, it’s not a problem. If he likes what’s being offered, he likes it. He took the role of a man buying a car at the dealership owned by the main character of the show, and he was only on the screen for a few moments, but that was enough.

This is a man who is everywhere you look in Hollywood. He is literally a small part in almost everything you see on television, and he has larger roles in many other works. However, he’s just not around in terms of sharing his personal life. He may really enjoy his privacy, and we are all right with that. It’s nice that he can do that, and we hope he always has the ability to live his own life out of the public eye.

Ladies, he’s a handsome man, without question. If we are correct – and we honestly don’t know if we are – he is a single man. We couldn’t find one example of him not being single. Actually, we should rectify that and tell you we would not find an example of him being married. He might have a friend in his life, but it appears he is unmarried as far as we can tell.

Another bit of information we are finding out about the actor based simply on the fact that there is no information is that he does not appear to be a father. Nowhere does he share that he has kids, that he’s been in a situation in which he welcomed kids, or that he’s a father. We have to assume he is childless at this point, but we could be mistaken as he is just that private.

9. He’s Worked With Some Famous People

Throughout his career, he’s worked with some very famous people. Obviously, it’s clear who he has been able to work with based on the shows he’s made appearances in, but the most exciting person – in our opinion – to work with had to have been Clint Eastwood. He’s a living legend, and we imagine it’s such an honor.