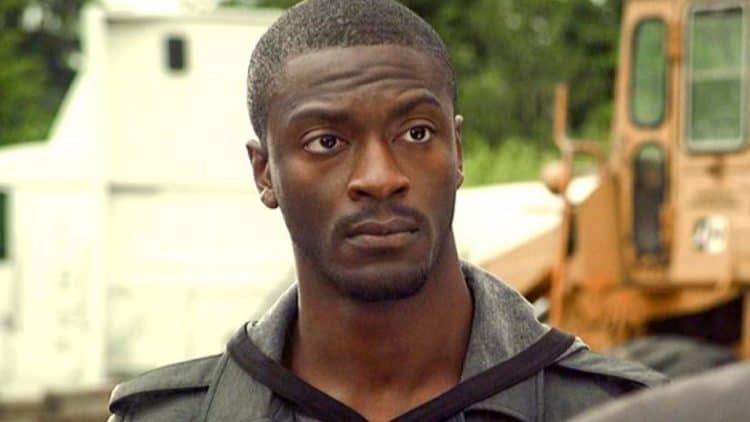 It takes a lot of drive to be an actor and to maintain that position as Aldis Hodge knows. In fact he happens to enjoy the pressures that come with the job and knows that in order to get better one has to move into those pressures and through them if they hope to succeed at all. That kind of determination and drive to excel is something great to see since it inspires others and makes them believe that the hard work that has to go into something to achieve it is worthwhile and can lead to a good life that is made by the many choices a person makes in an attempt to better themselves. At this point in his career he’s more of a supporting character than anything but he’s played some very noticeable and important roles in the projects he’s worked on and is a very recognizable person, so it’s fair to say that he’s been doing what he needs to in order to get noticed.

10. He and his brother made their acting debut in the same movie.

They debuted in Die Hard with a Vengeance which is kind of uncommon but not too rare since siblings don’t always act together and it’s not at all common for them to share the same debut date. But it is kind of cool since it gives them just one more thing to bond over and reminisce about when they get old and possibly retire.

This was a fun show to watch. Like any TV show that’s a running series it got a little stale after a while since they had to change things up now and again to make it interesting and wound up just doing the same thing in some episodes. But it was still fun since the idea of coming up with so many different ways to scam people for a good cause was pretty interesting.

8. He came from a humble background.

He makes no bones about it, he came from less than some but more than others and worked with what he had. This is the kind of attitude you don’t hear too often unless it’s someone like Hodge that makes sure people know that his past isn’t a big deal but it’s not tragic either.

7. Both of his parents were Marines.

This almost makes it seem like his home would have been a little more strict than others, but of course that’s something of a stereotype that I’d like to avoid. In another sense we can say that his household was likely similar to a lot of people’s but could have had a greater sense of pride in this country than some and a more intimate knowledge of where that pride came from.

Aldis is always trying to better himself and always trying to find ways to improve his craft in order to make himself a better actor and in many ways a better human being. That kind of drive isn’t rare but it seems kind of uncommon in the world today unless you know where to look.

Apparently he’s been using art as an expression for what he’s feeling and just for something to do for a very long time and finally found a way to apply this skill so that it’s useful to others and can help him get noticed as an artist.

4. He’s been into architecture since he was young.

Some kids get hooked on things for a little while and don’t follow through with it as they move on to other things until they find their interest. Then there are those that become so enamored of the subject they pick that they stick with it for years and years for no better reason than it seems interesting to them.

You don’t ever stop learning in this world if you don’t allow it, and those that don’t allow it are those that eventually become more than just intelligent, they become wise. Anyone can be a student, but it takes a wise person to realize that if you’re smart, you will always be a student in some way, even if you become a master of your craft.

2. He was in Straight Outta Compton.

Despite the differences between the movie and real life, this movie was just about as powerful as the real movement that saw the N.W.A. come to prominence back in the day. When they rolled up it was no longer a joke or an attempt, it was movement on the world of hip hop and it was something powerful enough to get people to notice.

He’s definitely full of surprises, but the violin is one of the two instruments he learned to play when he was younger, and the one that he decided to stick with as he continued.

Aldis is definitely a man of culture and of talent.