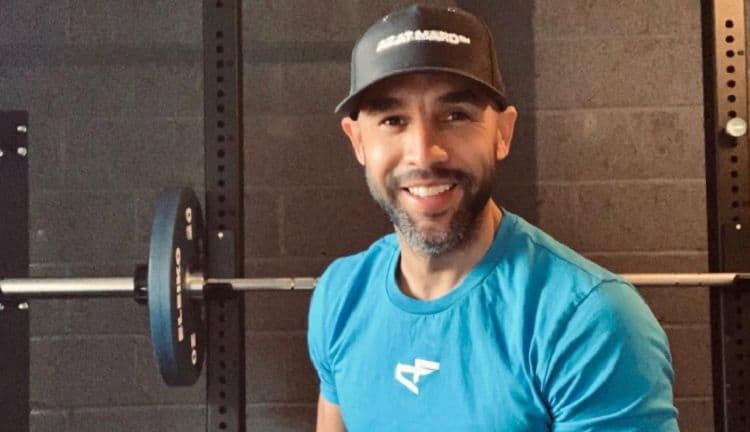 In case you don’t know how Alex Beresford is, he’s a television presenter from England. He’s well-known for the work he does on ITV, and he’s someone who has made some headlines in the spring of 2021. It’s all about the things he has to say, and the interview he did with Piers Morgan, and some fans aren’t really thrilled with his beliefs. It’s turned into a media hailstorm for him, and many fans are looking to get to know the English presenter a little better in light of what he’s recently come out to say.

Born in Bristol, England, he’s lived there most of his life. He was born on October 17, 1980, and some fans are surprised he is so young. He has a very mature air about him, and it has led many to believe he’s older than he is. His mother is English, but his father is Guyanese.

2. He Works With Inner-City Schools

During his time off work, he runs something called the Diversity School Tour Project. During his time with this project, he’s spent a lot of time visiting schools located in inner-city areas. His goal is to educate the youth in these schools about careers in the media, to get them interested in the same kind of work that he does, and to bring awareness to the media.

However, he is not currently with his wife. He and his wife, Natalia Natkaniec, openly spoke of their separation in 2019. They are working on living their lives apart from one another, but they’ve not come out and said whether they are getting divorced or if they are merely taking time apart. They do, however, have a son together.

4. He’s Not Happy With Piers Morgan

Following the Meghan Markle/Prince Harry/Oprah interview that rocked the world, Morgan shared his opinion on “Good Morning Britain,” and his co-panelist did not care for what he had to say. When Beresford spoke up about his own mixed-race upbringing, he also called Morgan’s behavior diabolical and pathetic.

Following their confrontation on television, Beresford has decided to take some time off of social media. He’s not posting, responding, or taking part in any aspect of it. Despite the fact that his comments caused Morgan to storm off the set and then announce he is not returning, it’s Beresford who has been unable to use social media. He claims he has been harassed and that he has been facing an endless stream of racism ever since.

6. He Felt A Lot of Meghan Markle’s Feelings

When he was growing up in Britain, there was no one of color in the royal family. There had never been a president in the United States of America of color. The times have changed, but he knows that doesn’t change the way that he often felt growing up in Britain with a white mother and a black father, and much of what Markle had to say in her interview resonated with the television presenter.

7. He Went Through A Period of Loneliness

He and his wife could not make their marriage work, but they did try for their 10-year-old son. However, they were not getting along, and she and their son moved out just before the pandemic began. Ironically, they started to get along a lot better when they were not facing the pressure of making their marriage work, but Beresford went through a difficult period of loneliness to have this family gone and to be alone in that situation.

When and if he decides to start dating again, he will not do anything that will put his son in a situation he is not comfortable with. He will not date anyone who is not a good fit for his son and himself, and their own little family, and we adore that he puts his son first.

9. He Doesn’t Want to be Alone

Now that he is 40, he’s thinking a lot about his future. He didn’t think that at 40 he’d be ending his marriage, on his own, and looking for love again. He does not, however, want to rush anything. He also doesn’t want to grow old by himself. He wants to share his life with someone, and that’s a lovely feeling to have.

Her name is Peaches, and she’s sweet. He got a dog because he didn’t want to be alone, and dogs are literally the best partners. They are sweet. They love you. They love you unconditionally, and you never feel alone with your pet around.