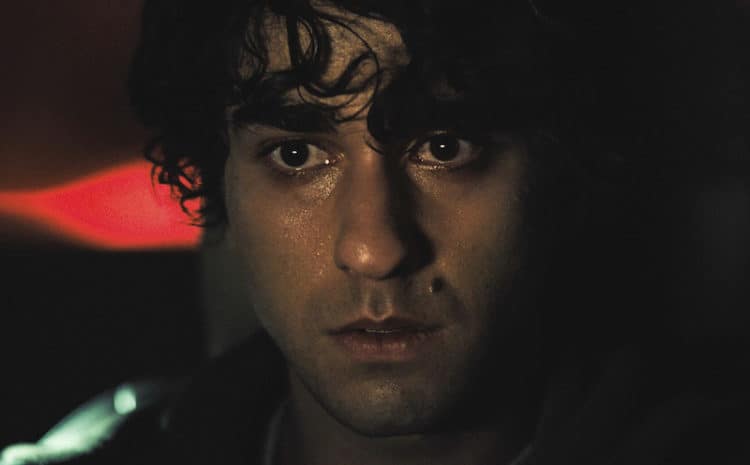 Looking at his face you’ll probably recognize Alex Wolff from a few different productions since he’s been coming up in a big way in the last few years. The good news is that he’s primed to keep going and will be around for a while to come since he’s relatively young and had a lot of time left on his hands to continue his career in any way that he sees fit. In terms of acting talent he’s pretty good at what he does and has earned a lot of accolades and drawn a lot of fans to his name, but it does seem as though he has more room and potential for personal growth when it comes to the spotlight. With that in mind he continues to advance himself as he keeps showing up in one promo or another, particularly the next Jumanji movie since it would seem that the writers have found another angle to use.

Here are a few things about Alex you might not have known.

10. He’s a pretty talented musician as well as an actor.

Alex has contributed to The Naked Brothers Band by writing music and being proficient in more than one instrument throughout his time with the group. Ever notice how so many actors tend to gravitate towards another art form at some point in their career? Only a handful though seem rather skilled at it.

9. The movie Hereditary was hard for him to film.

Trey Taylor of W Magazine makes it sound as though making this movie took a huge toll on Alex as he was constantly trying to stay in character and as a result was making himself increasingly nervous and even sick at times. It’s great to really get into a part, but at the same time it seems as though some folks get a little TOO into it.

8. His social media following is rather big.

He does have a million followers if not more and it’s likely that his numbers are going to go up since he’s still making his way up the ranks when it comes to show business. The chances are good that he’s going to be one of the biggest stars in Hollywood eventually since he’s been seen in some of the most noticeable movies.

That seems kind of accurate since he’s a big star but at the same time he’s still not quite the same caliber as others and could possibly see his net worth rise throughout the years as he gains more experience and more attention in terms of his career. It’s easy to think that he’ll eventually be one of those that tops the $10 million mark.

Given that he’s in his 20s now he’s been around for a while, but it would appear that he’s been taking things somewhat slow and easy, possibly to really move into it without getting too overtaxed as some people do. The burnout rate for child actors after all still isn’t that great since overwhelming a person when they’re too young to really take it all in can be pretty damaging.

5. He’s also established himself as a director.

This just seems like one of the most natural steps when it comes to show business as an actor either establishes themselves, moves up the ranks, and then becomes a producer, a director, or simply fades off after a while as they’ve done what they came to do. Those that tend to move onto directing do have a hit or miss chance to do something great, but it’s better to try than just fade away.

4. He is an award-winning actor.

So far he hasn’t won any of the major awards that people wait all year to hear announced, but he’s still fairly young so it’s easy to think that one of these days he might be standing at the podium giving an acceptance speech. At the very least it seems as though he might be nominated one of these years.

3. So far he’s kept his private life to himself more often than not.

If you hear the sound of clapping that would be me applauding as more and more actors try to keep their private lives away from the camera. More and more they’re doing a good job of it since honestly exposing your flaws and character quirks to the world is a personal choice but it’s not always the best idea.

2. He did manage to attend and finish college.

This is another pet peeve since having gone through college it’s nice to see that those in an elite part of society take it seriously as well. An education is great if you need something to fall back on, but it’s easy to understand how making millions would come first.

1. To his credit he hasn’t really been involved in any controversies as of yet.

In any day and age this is actually a huge accomplishment on the part of any actor since the paparazzi are always ready and willing to expose anything and everything to the public.

So far he’s been keeping his career on the straight and narrow.