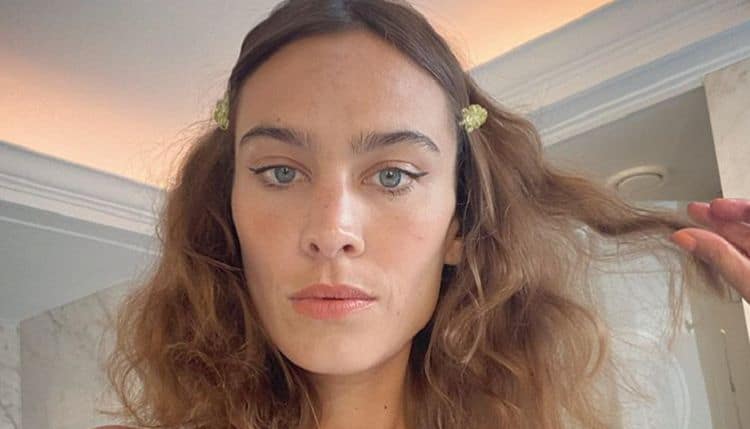 You know the name Alexa Chung. She’s one of the most famous models and designers and personalities in the world, but what do you really know about her? She’s always found a way to keep her life as private as possible despite being so famous and easily recognizable, and we have so much respect for her as a result of that. She’s been in the news a lot lately because she’s found herself in the midst of a new relationship, but there is so much more to her than who she is dating. We thought we might get to know her more than we already do.

She was born on November 5, 1983. She grew up with her mom and her dad. She has a touch of Chinese in her genes thanks to her father, and it’s part of the reason she has such an exotic look to her. She’s lovely, and we imagine her parents must be beautiful, too.

She was born in Privett, which is in Hampshire. She spent her entire childhood here, and she had a good time. Her parents took her to dance lessons, so she’s a good dancer. She also had a pony growing up, which is pretty much every little girl’s dream, right? We all wanted to have a pony at some point in our lives.

3. She Was Scouted Early

When she was only 16, she was scouted by a modeling agency and asked to take on some jobs. She did, and she clearly did it well. She was accepted into the Chelsea College of Arts before she began modeling, and she was going to work on her English Degree. She took some time to model first, though.

4. She Lived With A Much Older Man

When she was only 20, she was living with a man who was 20 years older than she was. His name was David Titlow, and they lived together for nearly four years. That did not work out, though. We don’t know how they met, but he was a photographer in the fashion industry, so it’s not hard to guess it was a work related situation.

She doesn’t do short-term relationships. She likes them to be for the long haul, and we get that. Once her nearly four-year relationship with her much older boyfriend ended, she spent another four years with another man. His name was Alex Turner, and he was a musician. Even though they broke up, she claimed for many years afterward that he is her best friend.

6. She Dated A Famous Actor

She didn’t spend as much time with him as she did her exes, but she did spent two years dating the very famous Alexander Skarsgard. He was also older than she was, but only by about 7 years. She does like her more mature men, doesn’t she? We really do get that.

She made it public in 2020 that she’s been diagnosed with a serious health condition called endometriosis. This means she’s suffering from issues that might not ever change for her. One of the biggest issues that is caused by endometriosis is infertility. Pelvic pain is another issue as this means she has cells that are not meant to grow outside of the uterus do so. She’s working very hard now to bring more awareness to this issue so that she can help those who are also suffering from it.

His name is Orson Fry. He’s the son of Cosmo Fry, who is absolutely from the Fry chocolate family. He is not older than her. In fact, he’s much younger, and we find that we like that she’s changing it up a bit. He is, in fact, only 24. He’s a lot younger than she is.

9. She Always Makes the Effort

She doesn’t have to, but she always makes the effort to get up and get dressed each and every day. It’s something that makes her feel happy and it makes her feel sane. This is especially true in the lockdown portion of this pandemic where things were not really working to keep anyone sane.

Her family is very important to her, and we love that. Family is everything, and so many people forget that these are the people who will always have your back and always be there for you no matter what. She is someone who never forgets that, and we get that this is a big deal for her.